Childbirth and climbing: Today Rebecca Lambert, ‘wicked’ strong climber and mom to a one-year-old, shares a few lessons from pregnancy and childbirth that just may be the secret to what often holds women back in climbing. (We’re not saying go get pregnant, just to channel your inner pregnant woman

Back in 2011, I had just broken into the 5.13s with the fourth ascent of ‘What About Bob – Original,’ a notoriously cryptic sport route at Shagg Crag in Maine. A few weeks later I asked an old friend, who happened to be a new mom if she’d been up to any physical challenges lately. “I kinda feel like childbirth was it,” she replied. Okay, but that’s a little lame, I thought to myself. 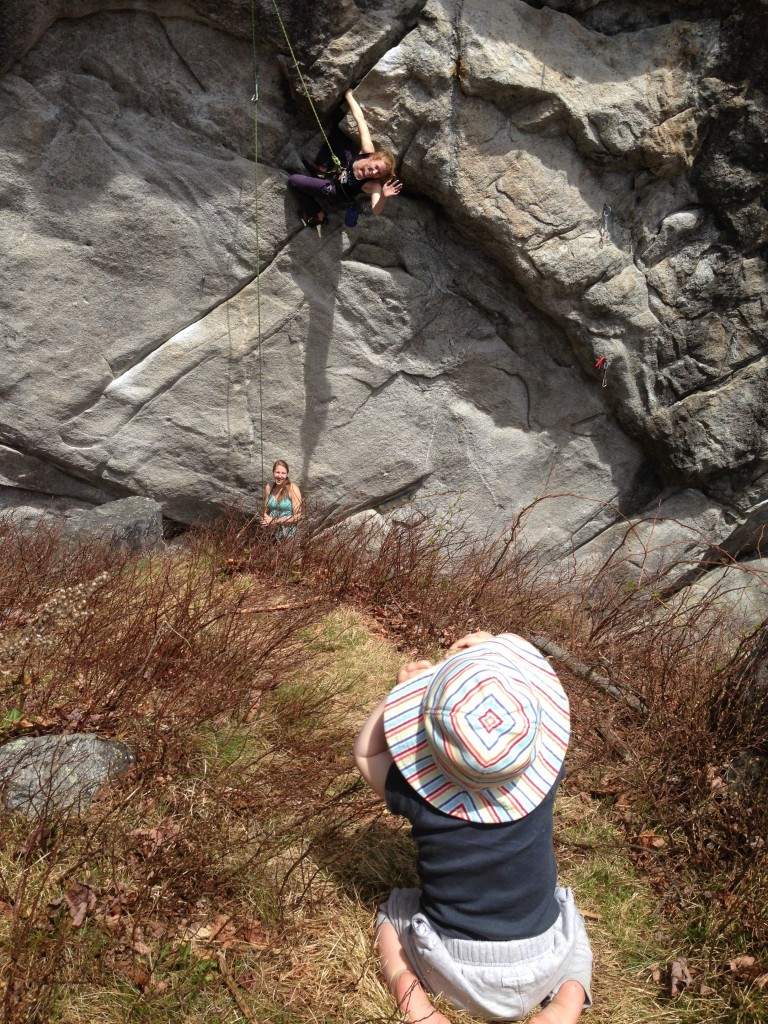 When We Realized Childbirth And Climbing Is Just A Love

A year later, my husband and I decided we wanted kids. This is rarely a wholly rational decision for anybody, and we were no exception—we just had an inkling that parenthood involved some kind of love we’d not yet experienced, and we wanted in. 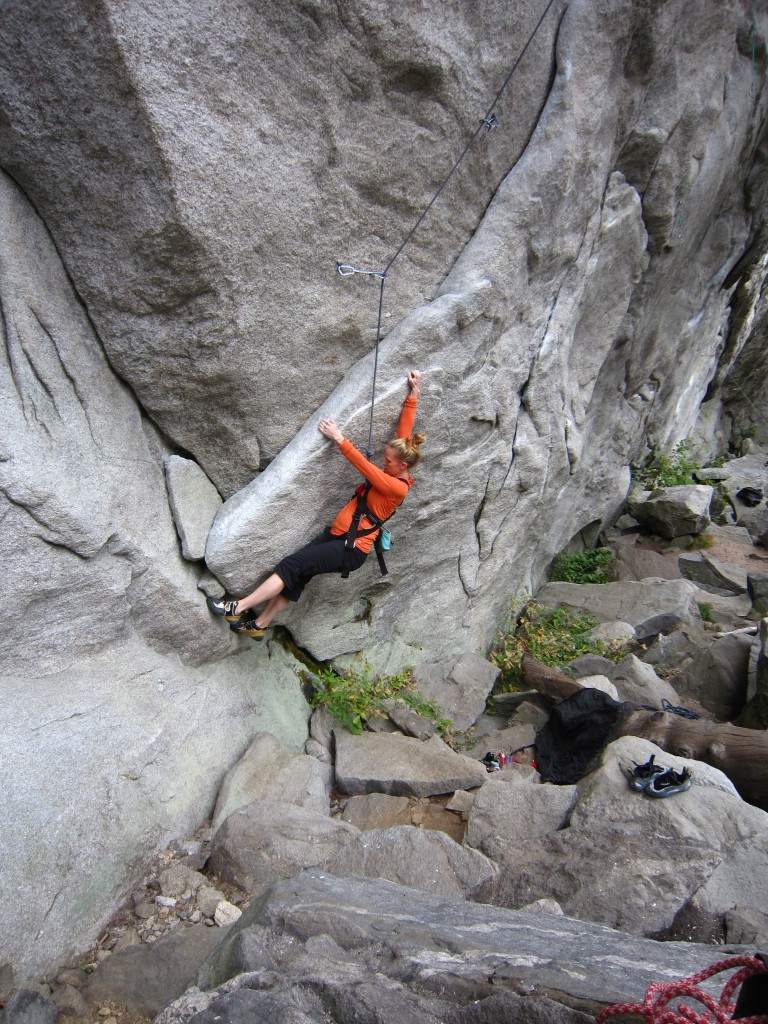 But honestly, if my husband had been biologically capable, I would have asked him to, you know, “man up” and carry the baby. Even when I got pregnant, I still thought pregnancy was a little lame. To make myself feel better about the upcoming nine months, I found a library of articles online to support my conviction that I wouldn’t have to give up my active lifestyle. Run while pregnant? Sure. Climb while pregnant? Sure! I joked with my friends at the gym that this was just training—weight training, blood doping (women end up with about forty percent more blood circulating in their bodies at the end of pregnancy), and pain-tolerance training.

Don’t forget to check out our best pick backpack, here!

I Had No Experience About Body Changes While Pregnancy

The Universe laughed at my hubris. Halfway through the pregnancy, I threw out my back while climbing (pregnancy hormones can dangerously loosen joints). I could barely walk, let alone climb. So much for weight training. Even aqua-aerobics with little old ladies was too much for me. During childbirth, I lost nearly two liters of blood (about two-fifths of the average human’s total). So much for blood doping—I was practically green.

I did get the pain-tolerance training I had joked about, but I wished I’d never asked for it. I naturally delivered a nearly ten-pound baby through back labor so intense I could barely feel my contractions. I had to get a root canal just a few weeks after delivery in order to repair a tooth I must have unknowingly cracked during the fifteen-hour ordeal. 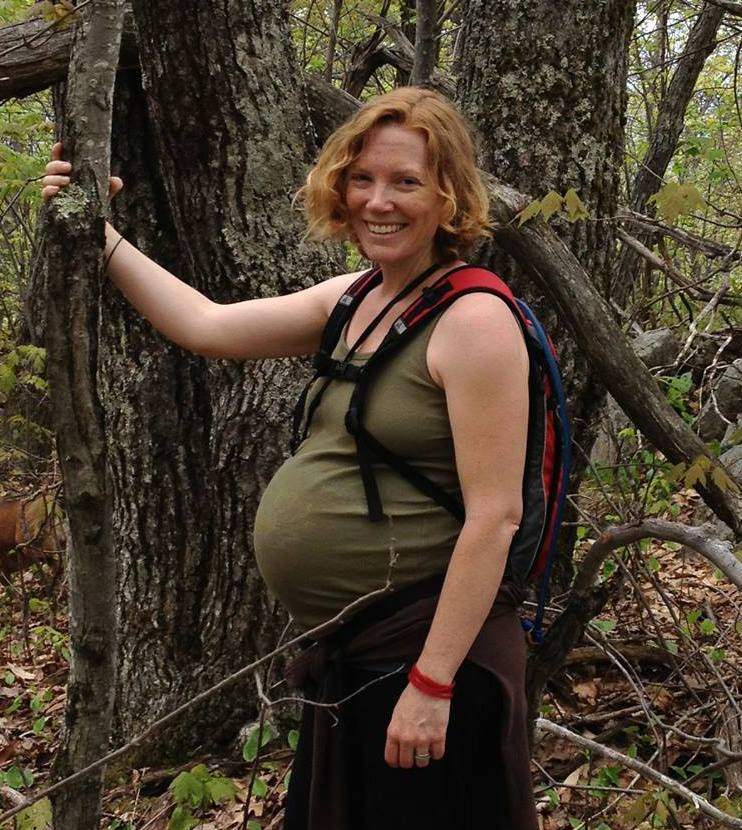 In fact, my whole experience with pregnancy and childbirth—everything from the nausea of the first trimester to the back injury in the second, to the excruciating ordeal that was my labor and delivery, and even nursing (!)—taught me that I had seriously underestimated the physical prowess of all those unassuming mothers around me.

At first, I thought my experience was exceptional, but I soon found out that, though natural, it was by no means exceptionally hard-core. It is possible to have an easy pregnancy and delivery, but based on numerous conversations I’ve had with other mothers, it seems like this is more of an exception than a rule. My labor only lasted fifteen hours, while women in my birth group shared stories of excruciatingly long labors (forty hours!), several of which ended with cesarean sections. Anecdotally, I’d guess that a least a third of the women I’ve talked to would have lost their own lives or their babies’ lives if it weren’t for medical intervention. In short, motherhood is badass!

Not to mention, it’s also a total miracle. I grew a human being and released him into the world. How could I have thought that was lame?

I have a guess: It has something to do with the shortfalls of modern feminism, which teaches women to act like men rather than take pride in being women; it also has something to do with a society that values the magnetism of sexiness over the beauty of motherhood. We have two polar views of women in our culture, and neither of them fully values women’s unique gifts. 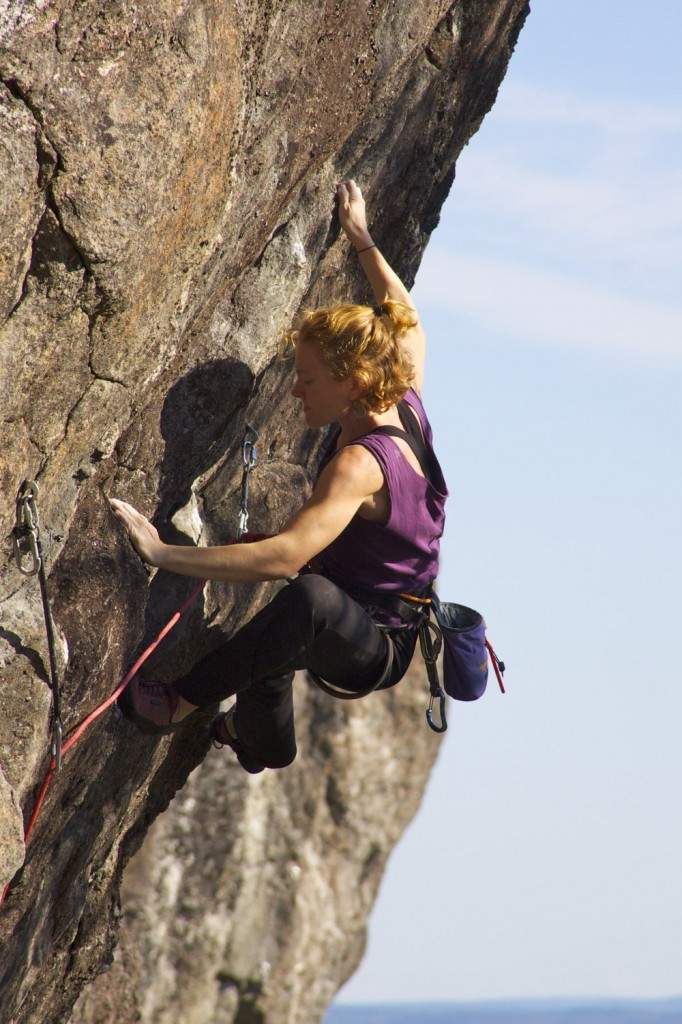 Rebecca on When the Fat Lady Sings, 5.13c

What I Learned From A Childbirth

My experience with childbirth redefined both what it means to me to be a woman, and what skills I consider feminine. The skills I now consider feminine include screaming like a banshee (Adam Ondra would fit in well at a maternity ward), and trying unimaginably hard in complete defiance of physical pain or injury. They also include unknown territory—the archetypal first ascent. And they even include indomitable perseverance and facing death. These skills might not be sexy, but they are indeed feminine—deeply and primordially feminine (as well as masculine). And they also happen to be useful for climbing. It’s possible that I had these strengths all along, but pregnancy and childbirth revealed them to be much more clear.

Pregnancy and childbirth are making me a better climber in many ways, but not in the ones that I expected (no blood doping or weight training). I’m stronger because of a shift in mindset. I have a newly expanded definition of “feminine” skills and power. I’m no longer trying to emulate another gender—instead, I’m drawing on strengths that I now understand as innate to my own. I’m no longer trying to compete at a sport that I unconsciously believe caters to a different set of chromosomes; I’m now challenging myself in a sport that demands from me my deepest natural strengths.

And I have increased confidence in myself because I now take pride in being a woman, thanks to a broader (and more accurate) definition of what being a woman really means—namely, that I’m biologically capable of some badass shit.

Within the climbing community, women have sometimes been criticized for not pushing themselves as hard as they could (see the “Tuesday Night Bouldering” article in Rock and Ice Issue 204, for example). Though this criticism irks me, it still begs the question, what does hold women back in climbing?

A few possibilities: thinking that we’re “lame”; limiting ourselves to a narrow definition of femininity; failing to own our native strengths and abilities; assuming we lack what it takes. I never would have admitted it before my pregnancy, but I am guilty on all counts.

As women, we will not realize our potential in climbing until we redefine what it means to be women—not in reference to men, but in reference to ourselves. This means honoring our biology and our gifts. It means redefining some climbing skills that we typically see as masculine as also feminine. And it means redefining climbing as a sport so that we don’t see ourselves as trying to be like men within a man’s sport, but instead see ourselves as women competing in a sport that demands from us both our innate strengths and a beautiful balance of masculine and feminine. Above all, it means taking pride in being woman. 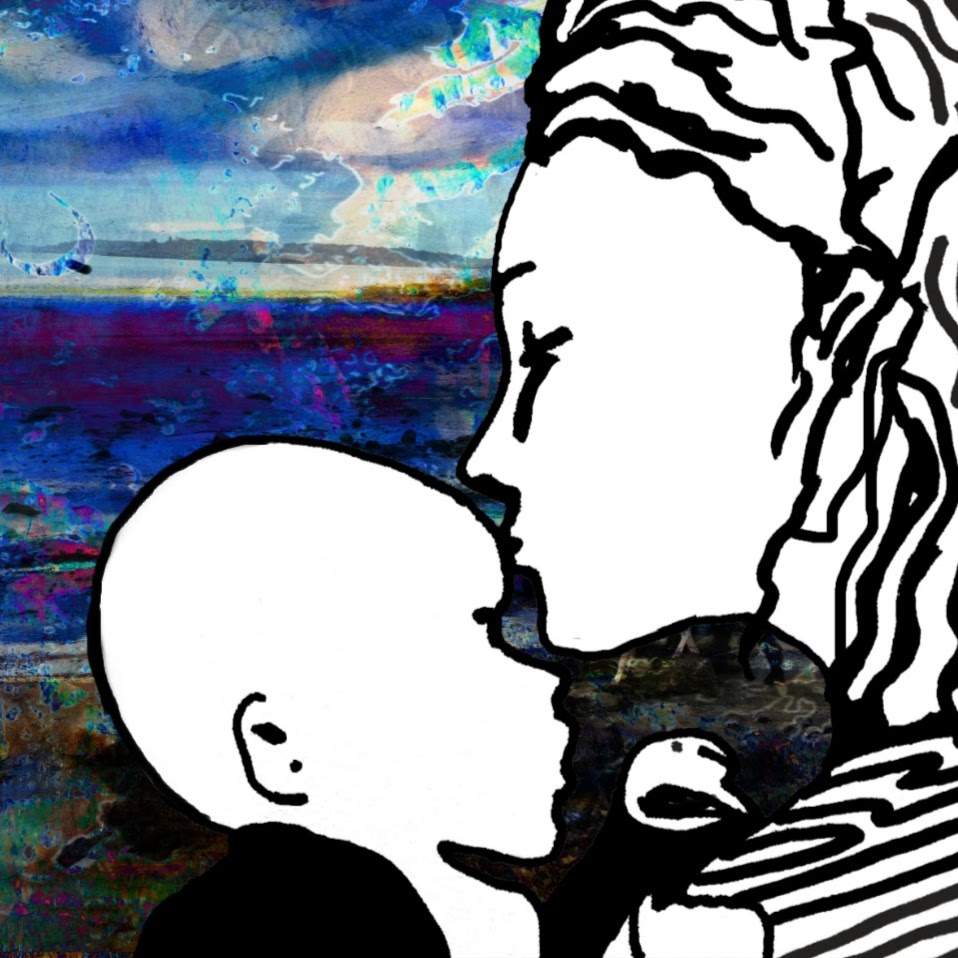 Art created by the author

There’s no question in my mind that climbing helped me through pregnancy and childbirth. It honed my focus—the ability to get in the zone, temper my fears, and stay in the present moment. It cultivated in me a fierce determination and it encouraged me to expect more from myself than I would have dreamed possible. Climbing pushed my physical strength and endurance to such high levels that I still had reserves upon which to draw during childbirth even after months of relative inertia.

The focus, determination, and strength that I called upon in order to naturally deliver a nearly ten-pound baby were very much the same set of skills I honed in my climbing. This sport made it possible.

Rebecca lives with her husband, Mike, and one-year-old, Wilder, in Portland, Maine. In addition to being a mom, she is an artist and guides transformational and restorative retreats connecting people with nature. Her favorite place to climb is Shagg Crag in Maine, where she has sent most of the classic 5.12s and a few 5.13s. She has taught women’s climbing clinics and fancies herself a sort of den mother in the local climbing community, mentoring newer climbers and encouraging them to dream big. She and her husband are investors in Evolution Rock and Fitness, Portland, a state-of-the-art climbing facility due to open in January 2015.