Glenna Alderson is one of those climbing legends. You haven’t seen her on the cover of Climbing Magazine and you might have outclimbed her at the gym, but if you paused for a second to say hello to her, or more likely – for her to say hello to you, you’d see a slice of what it means to truly live life. Although Glenna is skilled at climbing, it wasn’t her climbing that drew us in. Climbing simply happens to be the medium in which she has impacted those around her.

Just getting into climbing, Looking Glass (1984).

Within a short period of time talking with Glenna, you realize that no matter the arena – rafting, skiing, kayaking (and she does all of these) – Glenna would change the world.

Crux Crush had the opportunity to spend a day climbing with Glenna at her home crag in Western Massachusetts and left with a role model for life. She met us in the dirt lot at the head of the trail, leading into the Farley crag. She is the type of person who skips the handshake and goes right to a hug, and it’s the kind of hug that is genuine, even though she’s known you only a few minutes.

As we pulled together our gear and started hiking in, Glenna began chatting away, warm and welcoming, energetic and enthusiastic. Every few minutes, she was interrupted by someone else saying hello – a former student, friend, belay partner, colleague, or just someone who Glenna had befriended along the way. Her stories came pouring out and in them the history of Farley Ledges.

Developing A Love For The Outdoors

Despite growing up in Portland, Oregon, Glenna has a “southern” warmth to her voice. Perhaps she picked that up while guiding rafts on the Chattooga River, the same river where the movie Deliverance was filmed. Glenna ended up out in South Carolina on the River following her college graduation and 4-day bus ride, with $101 in her pocket. In true Glenna spirit, she committed to guiding rafts, having never been in a raft before “but knew this was the right direction.” It was that summer job, making $28 a week (and room and board) that started Glenna in a lifetime career in outdoor adventure.

She started climbing in college, with “no ‘instruction’ just an opportunity to try something different.” There also was no real harness, just tubular webbing tied around her waist. Yet, true to her adventurous form, this first (sketchy?) experience only pushed her to desire climbing more. As Glenna reminisced back to those days, we got a glimpse into Glenna’s climbing past, as well as the history of climbing in general. She talked about her first pair of climbing shoes that unlocked 5.9 for her:

“My first [climbing] shoes were EB’s, named for French climber Eduard Bourdineau. I always wore them with knee-high socks, though I can’t remember why! Wild patterned spandex was also in vogue. 5.9 was my ‘glass ceiling’. It was 1983 and a friend had recently purchased a pair of Fire’s that had come out the year before. He encouraged me to try his shoe (which was way too big) and I made it up a 5.9. I couldn’t believe it. We were forever sold on this new ‘sticky’ rubber.” 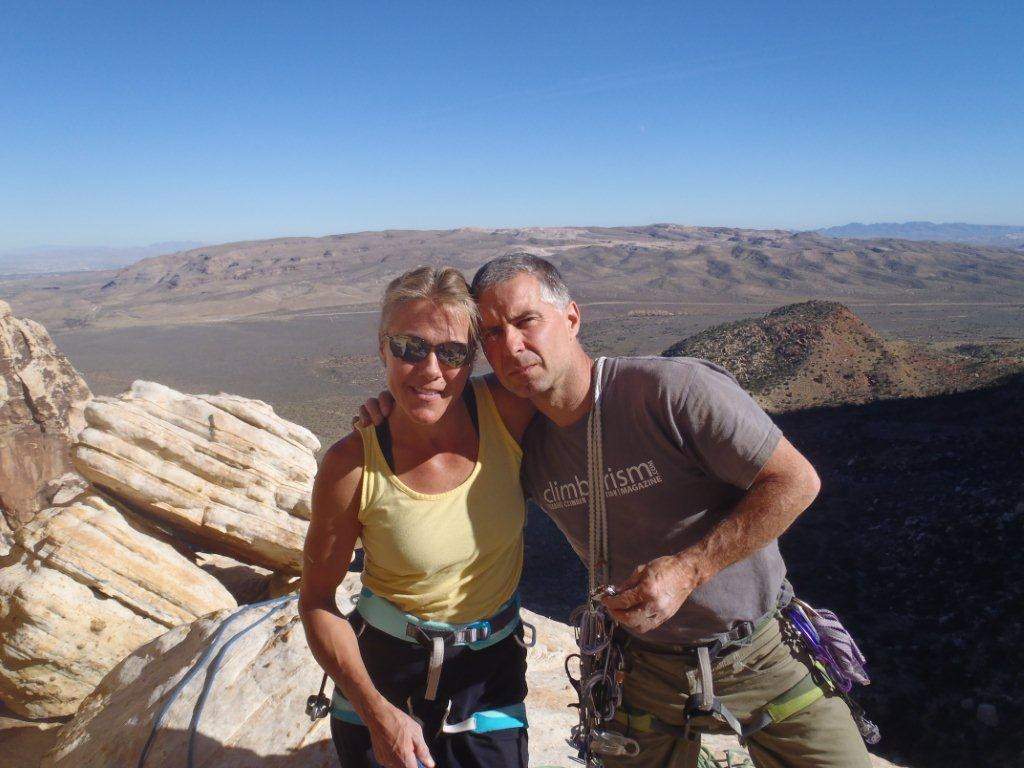 Glenna and her husband, Earl, spent the next few years guiding, helping to develop an adventure company in Costa Rica, living out of their truck while biking, kayaking, and climbing around the US, and even helping to thaw out Soviet-US relations (a Soviet/American joint river diplomacy adventure on Siberia’s Katun river with Project RAFT – Russians and American’s for Teamwork). Finally, Glenna and Earl landed their dream job: running the outdoor programs at Hampshire College.

Check out another amazing article on Climbing Addiction, here!

Most outdoor enthusiasts would drool at this opportunity but might pause at the idea of sharing an office with their spouse and co-teaching a class weekly. The fact that Glenna and Earl have remained in their positions (and shared office) for the last 27 years is a testament to their marriage. 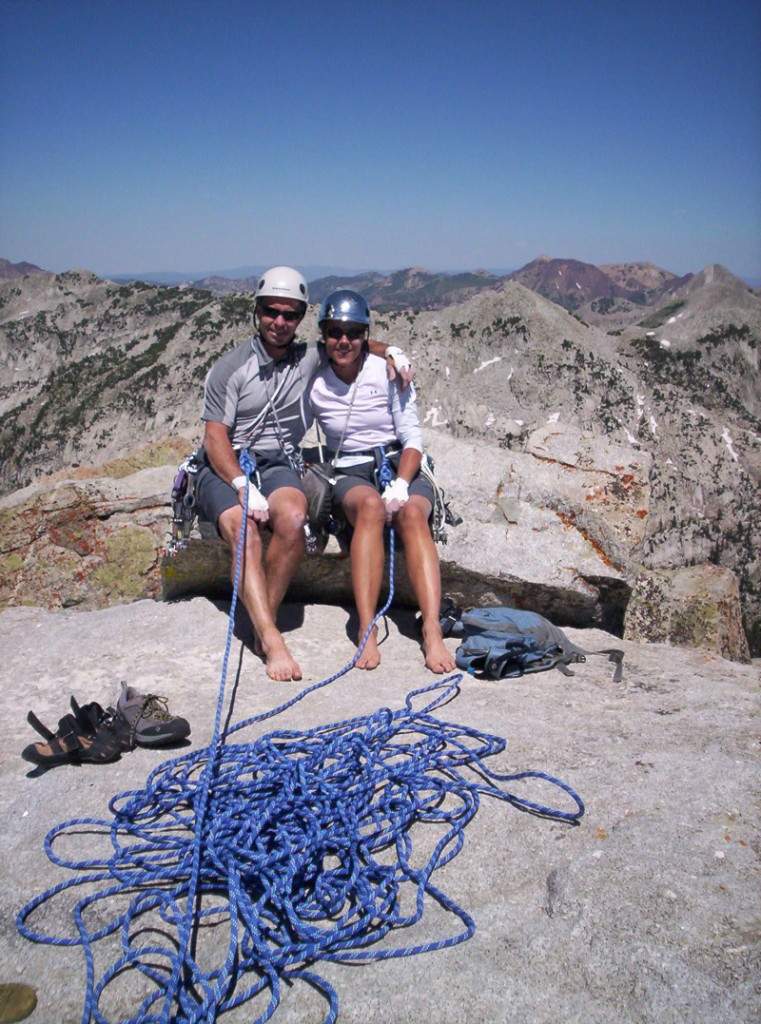 We warmed to Glenna from the minute we met her and fell more in love with her as the day went on. As she led a 5.10 warm up, she paused only to cheer on the climbers to her right and left. Over the course of the morning, several current and former students crossed our path, going out of their way to say hi to Glenna. She met each person with the warmth and love of a mother greeting their child. While Glenna loves climbing and excels at it, it is obvious that regardless of the sport, she is a mentor and teacher at her core.

And although Glenna never had kids, she is a mother to countless Hampshire students and alumni. “It absolutely doesn’t get any more ‘real’ than making a positive difference a person’s life through teaching something you love,” explained Glenna. As Glenna shared her life stories, the depth of her mentorship and friendship were evident. “Over the span of teaching outdoor pursuits for the past 27 years, I continue to love teaching and introducing students to rock climbing and outdoor sports.

It’s a wonderful way to build self-confidence, physical fitness and creates an awareness for risk management and prudent decision making.”

Watching Glenna climb the 5.10 warm-up, you knew she’d done the route too many times to count. What we didn’t know, but came to find out, was that Glenna’s connection to these routes went deeper than knowing all the beta – she (and husband Earl) had in fact developed several of the routes at Farley. 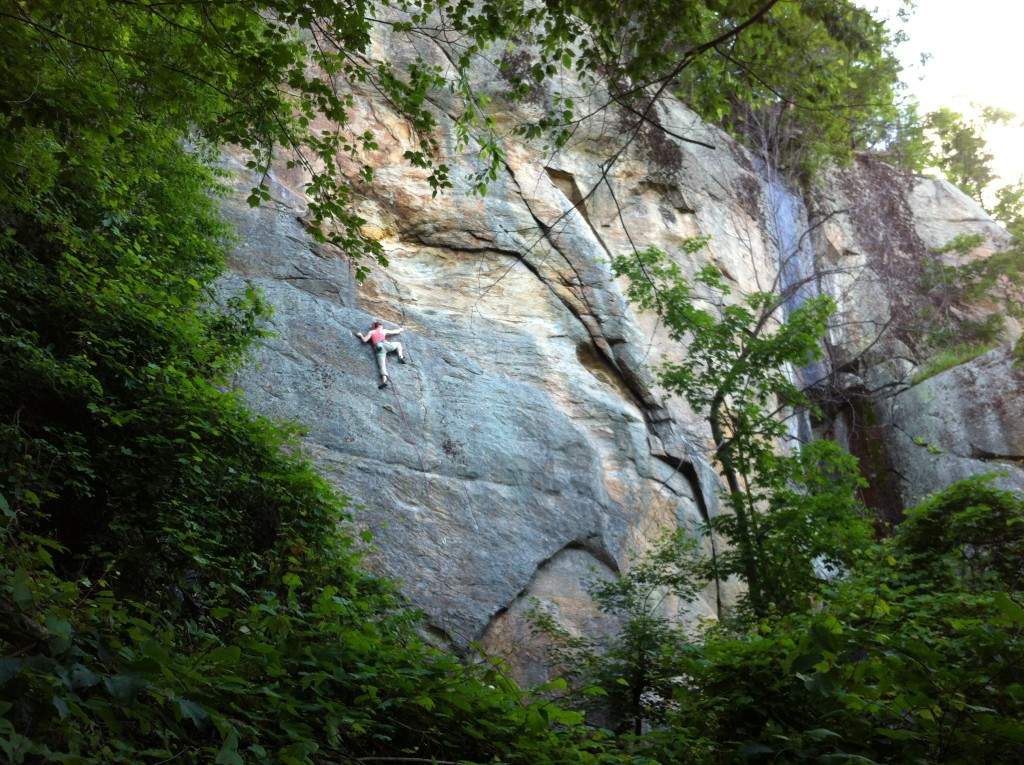 One of the many walls at Farley Ledges

Farley Ledge is a gem in western Massachusetts, yet developing the crag was not easy. “There was a long-standing frustration among local climbers that Farley Ledges was being vandalized by Connecticut climber Ken Nichols,” Glenna explained. “Like many others, we got tired of being ‘bullied’ away from such an amazing area [that was a mere 25 minutes from where they live].

On occasion we’d bring our climbing classes from Hampshire to the cliff, only to find that the bolts had been chopped or ‘bashed’ over. We felt that with teamwork and diligence the vandalism that plagued Farley and other surrounding areas could be stopped.” 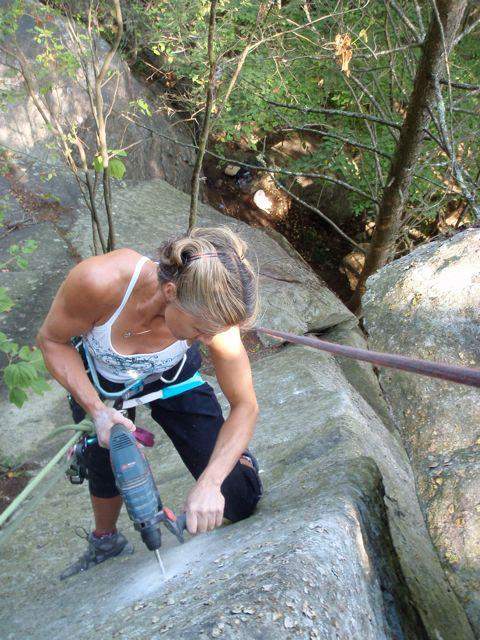 Glenna and several others formed the Western Massachusetts Climbing Coalition in 2001. Over the course of the next couple of years they worked to pull the crag out of the dirty, sandy jungle. She recalled multiple episodes of elbow and wrist tendonitis from scrubbing and brushing the walls, literally sweeping piles of ‘sand’ off of the cliff. (One of the most well known climbs at Farley was named ‘The Beach’ as a result of the excess sand.)

Glenna and her husband Earl developed new routes and also took charge to retro-bolt lines that had been chopped. We saw Glenna’s light-hearted nature as she described naming a climb she developed ‘Pooh Corner’, saying that, “it looked like something out of a story book.” 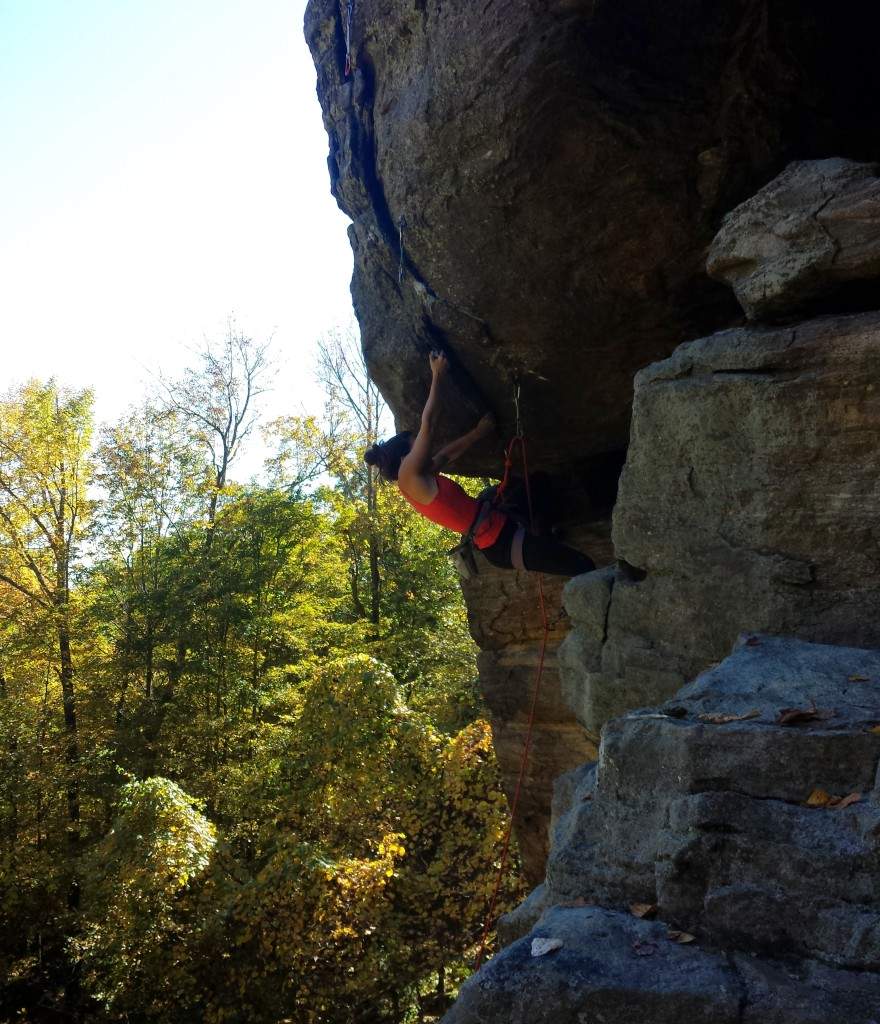 As Glenna shared her stories and the history of Farley, she constantly referenced the work of others, never claiming the spotlight on herself for too long:

“The WMCC has been instrumental in providing access to this unique area. The organization and hard work created by its members is a great example of what can happen when people work together.” Access has also been possible due to the generosity of First Light and Power and several private landowners who graciously share their property with climbers and hikers. And then there are people like Jon LaValley, who Glenna described with admiration and gratitude, who has used his talent as a master stone mason and artist to oversee proper construction of trails and route development. However, we noticed that in conversations with several other members of the WMCC, Glenna’s name was constantly referenced. 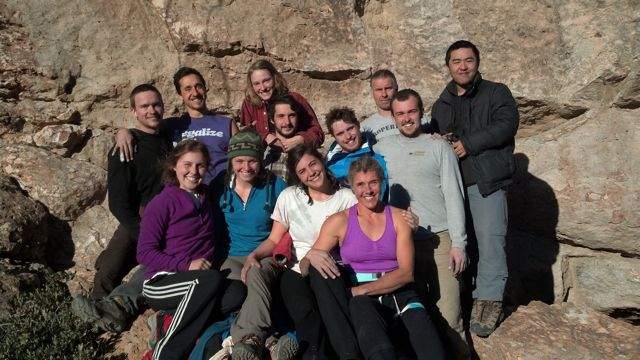 Climbing in AZ with Hampshire students (2013)

Mary, Missy, and I have climbed at Farley for the last three years; it has become one of our favorite crags. Over the last few years, the pot-holed and at times impassable driveway entrance has been paved. Sketchy scrambles to upper cliffs have morphed into actual maintained trails. In the short approach, the forest swallows you in a jungle of vines and boulders until you step up to the face of a beautiful gneiss cliff, with textured sandstone and challenging horizontal sloper shelves, begging to be climbed, teasing you with their features.

Having met and climbed with Glenna, we have a greater appreciation for the Farley crag and community. We left that day climbing with Glenna with a goal of taking advantage of the opportunities around us to experience life and community and to seek out the mentorship and history that is present at a crag. As Glenna shared, “There is no substitute for experience.

Saying yes to opportunity and surrounding myself with positive and forward thinking people has given me the life experience and knowledge to acquire a variety of problem solving tools. We teach that going through an apprenticeship in one’s sport is very important to help a person build physical skills and safety knowledge. It helps you understand your physical and mental limitations.”

Thank you Glenna for your mentorship, history, and sharing your story.