People often say things like “I’m addicted to climbing” and sure we get that they mean they really really like climbing, like, a lot.  But the truth is addiction is a serious issue in our country. In 2013, according to a study by the  Substance Abuse and Mental Health Services Administration, an estimated 21.6 million people aged 12 or older (8.2 percent of the population) had a problem with substance dependence or abuse.

Starting out climbing can be daunting, but it can also be healing.

This is an issue that affects millions of families and doesn’t discriminate based on gender, race, or socioeconomic status. It is such a widespread issue, that I would go so far as to say that at some point in nearly everyone’s lives they will be affected by it – whether with their own struggles with substances, or that of a loved one. Today we will share with you one person’s story of recovery through climbing. We hope that her story will inspire others who are facing similar struggles.

When I Got Addicted To Climbing

I stumbled into climbing by accident eleven years ago when my sister, who was always the sporty one in the family, decided to spend her 25th birthday at an indoor activity center. As she and her friends rushed off to the dry ski slopes and the go-karting grid I surmised that the rock climbing gym would be the best activity for a novice like myself. Still, as I listened to the instructor’s guidance, got harnessed up, and looked up at the mammoth wall in front of me, I had very little confidence that I’d make it to the top.

To be honest, at that stage in my life I had very little confidence about anything. I was six months into recovery for drug addiction. I knew I was making progress but my self-esteem was still at an all-time low, as is the case with many addicts. And yet as I felt the burn in my muscles as I hauled myself higher and higher I felt oddly at ease. It was hard work but the end was in sight and the further I went the more I became convinced that I could do this.

Self-Motivation And Cheer The Success

When I finally reached the top I felt a rush of pride, positivity, and euphoria that I hadn’t experienced in years. Experts think that this sort of reaction to exercise is caused because the brain produces higher levels of serotonin (the happy hormone) as our heart rate increases but I think for me it was more than that: I had achieved something I hadn’t thought possible and I was so pumped up that I felt ready to do it again. So I did. And from then on I was hooked.

Whenever I felt down I would visit the center and found that just a half-hour climb was enough to cheer me up, motivate me and generally enhance my sense of well-being. Each time I completed a new route or improved my technique I felt a sense of achievement that helped my confidence gradually return. 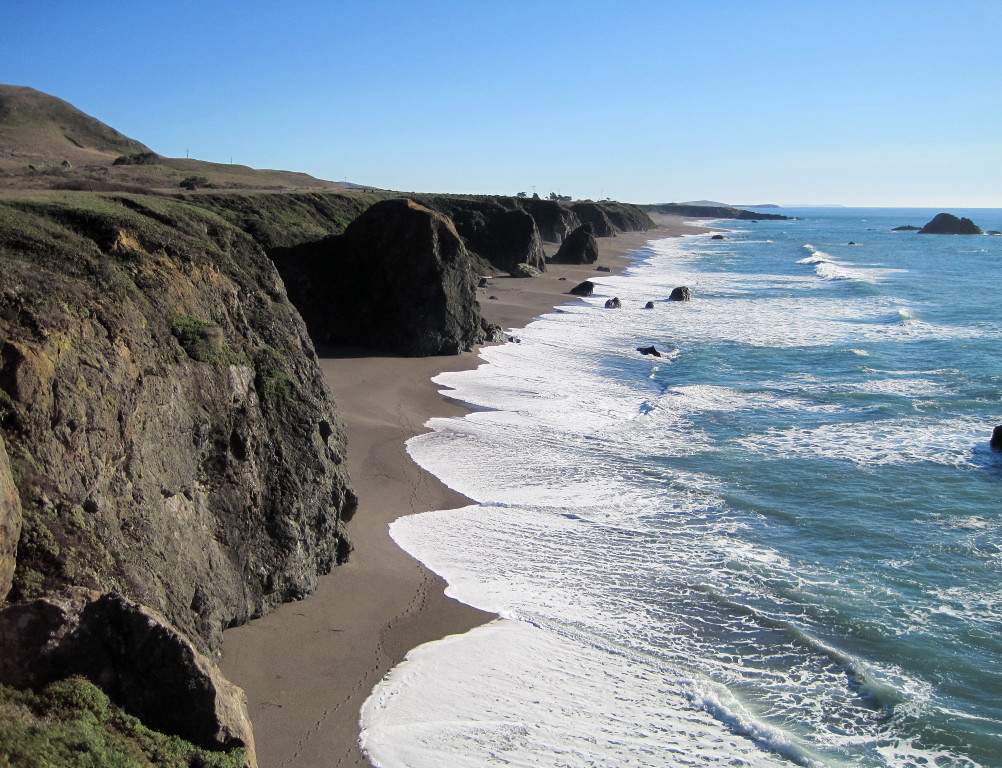 A few months later I wanted to try something different so I visited a popular Sonoma Coast State Park which is just a short drive away from my home in Jenner. Still pretty clueless about climbing, an old bicycle helmet was the only thing I took in terms of safety wear. Looking back this was an incredibly reckless thing to do. Free soloing and scrambling can be great for experienced climbers but there are still risks and I was particularly foolish to go alone and unprepared.

Finally, I Decided To Learn Climbing At Gym

I guess that still very much in the midst of my addiction recovery I didn’t have the sort of self-worth that made me fearful about hurting myself. Still, I can’t deny that the rush of outdoor ascending for the first time was great and I was eager to do it again. Not long after this, my sister suggested joining a climbing club. My confidence was improving but I was still nervous about meeting new people so she agreed to come with me and a quick Google search revealed that there were a few climbing clubs for beginners in our area.

At the first session, I was overwhelmed by the complicated lingo that all of these so-called ‘beginners’ possessed, but over time I began to settle in. I learned the theoretical side of climbing as well as the skill behind it. Now when I attacked the wall I was strategically planning the most successful route rather than focusing all my energy on getting to the top. The club would also regularly organize outdoor climbs in areas with varying grade ratings and conquering a new crux was still such an empowering feeling for me.

I’d become healthier mentally as well as physically. Aside from the climbing, it was doing me good to be outdoors socializing with like-minded people. The feeling of being encouraged by others on a climb and offering my support to them did wonders for my self-esteem; I felt like I was giving something back and made some wonderful new friends. Then, six months after joining the club, a new face appeared. His name was James and when we were paired on a climb together we hit it off immediately.

In my training, I had always been used to top roping belay support so when James belayed me I was a little nervous. But he put me at ease straight away gaining my trust first and my heart not long after. Fast forward 10 years and we are now married with two sons who, although too young to climb properly, enjoy our family hikes and can’t wait to start “climbing the walls like Spiderman” with mommy and daddy.

It may sound dramatic to say that climbing can change life but in my case it really is true. I found climbing at a time when my confidence and self-worth were at an all time low but it gave me something to get up in a morning for and with each new achievement I began to rediscover a little piece of the pride I’d lost during my battle with addiction. It improved my mood, my health, my outlook on life and best of all it led me to my husband. For that alone I will always be grateful.

We want to thank reader Emma Lowe for courageously sharing her story and her strength with us today!