Today we’ve got part 2 of 4 of John Burgman’s series “Climbing in the Year 2030”. In part 1 he took a look at how training may evolve over the next 15 years and in today’s segment he chats with gym owners and training experts to predict what the future holds for climbing gyms and training facilities. 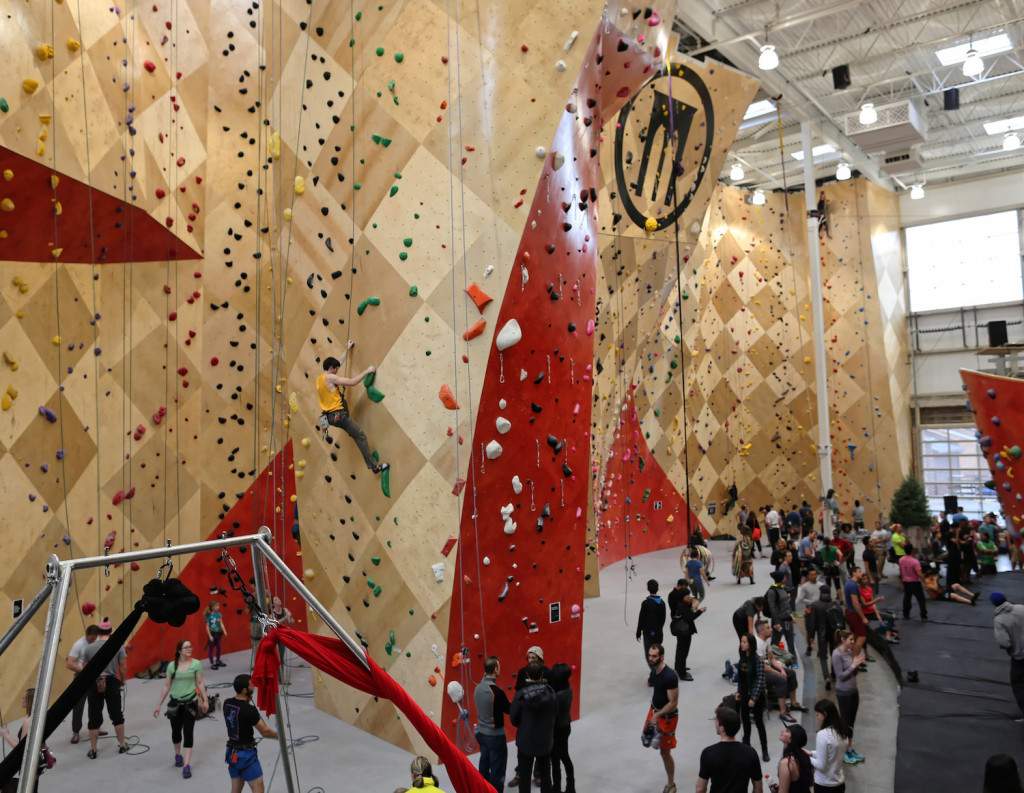 While there are still those die-hards who view indoor climbing as somehow inferior to the outdoor form of the sport, such opinions seem to be disappearing along with the indoor/outdoor debate itself. It was always ridiculous to try and put the two iterations on some mythical hierarchy because they can coexist just fine alongside each other. You never hear scuba divers chiding swimmers who enjoy doing laps in a pool, right?

The fact is, indoor climbing, whether it happens to be your cup of tea or not, is the rocket onto which much of climbing—as a sport and recreation—is strapped at the moment, and that is where substantial growth will happen in the next 15 years. There have been a number of articles in recent years proclaiming indoor climbing to be the new “urban fitness craze,” much like yoga, CrossFit, SoulCycling and Tie Bo were branded in previous years. 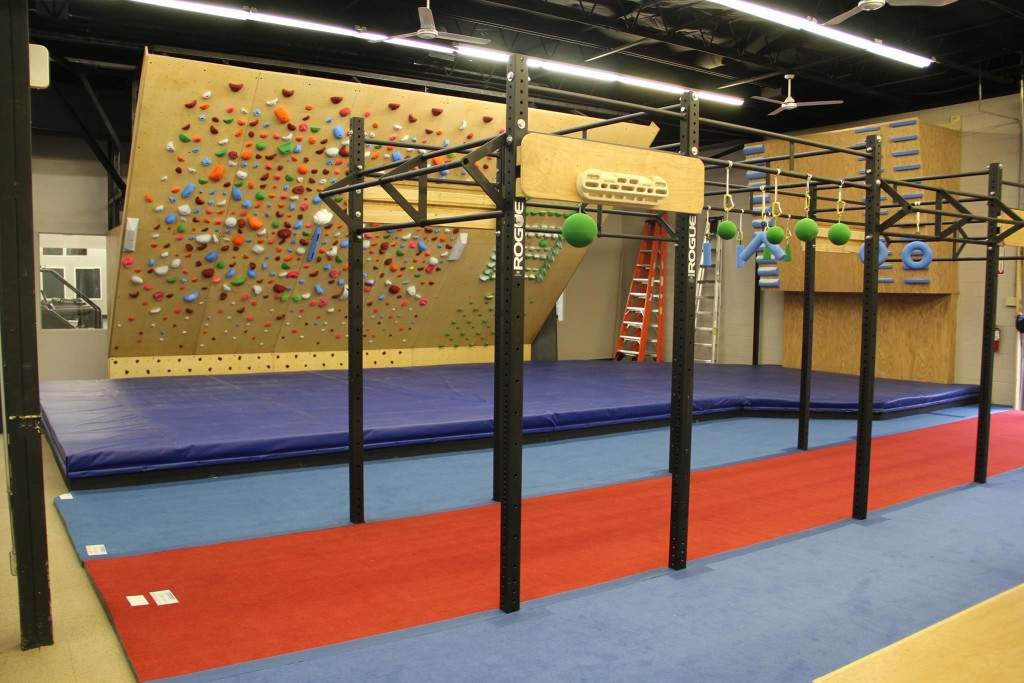 Some gyms are becoming more specialized for climbing training.

Future Of Indoor Climbing According To Steve Bechtel

Speculating about how climbing will evolve in the future, trainer and author Steve Bechtel says that systemized training will further come into its own, but logistically, this will beget more elaborate indoor gyms. “Training facilities will offer more access to resistance training tools, including weights, hang boards, and campus boards,” he notes.

“There will be a trend toward directed training, whether through small group sessions or through personalized coaching,” Bechtel says. “I am certain the best training tools will always be boulders, but climbing wall development and hangboard/system board design should continue to improve.”

Bechtel thinks that all of this will lead to even further erasing of that old gym/crag debate. “The culture of indoor facilities will change,” he says. “Right now, climbing gyms are a place to climb when you can’t get to the crag. In the future, we’ll see facilities that are dedicated to training—built to actually improve climbers rather than simply entertain them.” 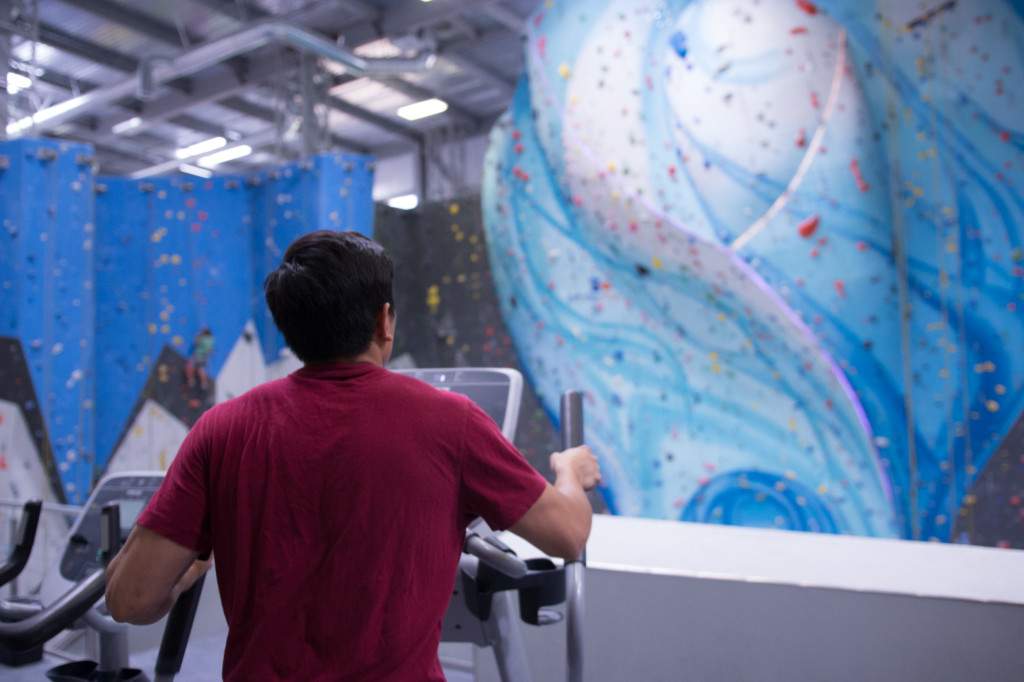 Some gyms offer everything from climbing, to yoga, to workout equipment.

Climbing In The Year 2030: Quick Survey

A quick survey of some of the newer gyms and full-scale climbing training centers like Sender One in California and Hoosier Heights in Indiana would lead one to believe that the future of gyms lies in comprehensive offerings to accommodate all clientele—lead walls, bouldering walls, yoga studios, free weights, party rooms, gear shops, cardio equipment and snack bars, all under a single roof.

Beginners should take lesson to Conquer the fear of falling, here!

Those are all attractive and useful accouterments, and so immense indoor gyms will undoubtedly continue to pop up in the next decade in suburbia where the real estate becomes available. But also look for more specialized gyms all over the world in the coming years—bouldering-only gyms, for example, which require less retail space and less overhead expenses. (On a personal note, I currently live in South Korea, and the city of Seoul has seen eight new bouldering-only gyms open in the past two years). 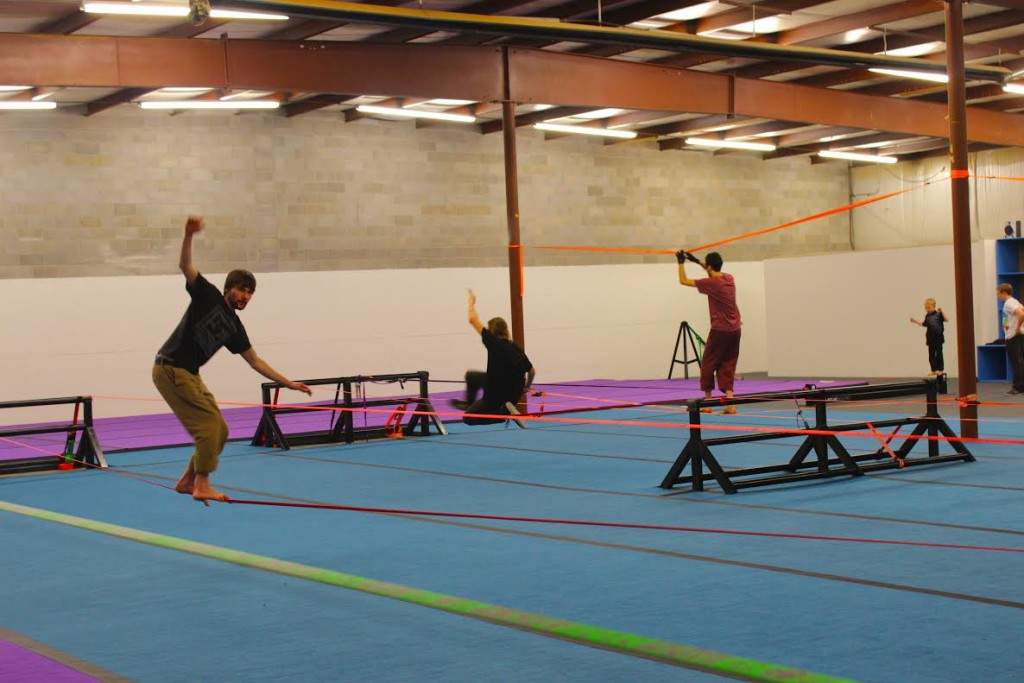 Offshoots of climbing, like the slacklining gym The Slackyard, are even popping up.

Clay Garrett, a long-time climber, recently started The Slackyard gym in Green Bay, Wisconsin, after a decade of owning and managing climbing walls all over the world. Right in line with the gyms of the future being more specialized, The Slackyard isn’t a full-scale climbing or fitness center—there are no lead walls, no afternoon “improve your climbing with yoga” sessions, no comp ‘n chomps with free pizza, no dyno comps, and no bouldering problems. In fact, The Slackyard is a gym built exclusively for slacklining, and it’s the first of its kind in the United States.

Slacklining has always had a curious-but-close relationship to climbing and to climbers, and Garrett wanted to tap into that. “I wanted to start a business, and I thought about starting a climbing wall. But with the expense of starting and operating a climbing gym after 10 years of working in them, I was ready for a little change,” he says. “I have been slacklining for a long time—I was introduced to it at the first climbing wall I ever worked at—and I have watched it grow into a sport of its own over the last few years.

I saw it as a good opportunity to do something no one else had done, and I thought that it would be simpler to set up than a climbing wall. I see more slacklining-only gyms opening up in the future. It’s proving to be a sport on its own now, with some people getting into it without ever climbing.” 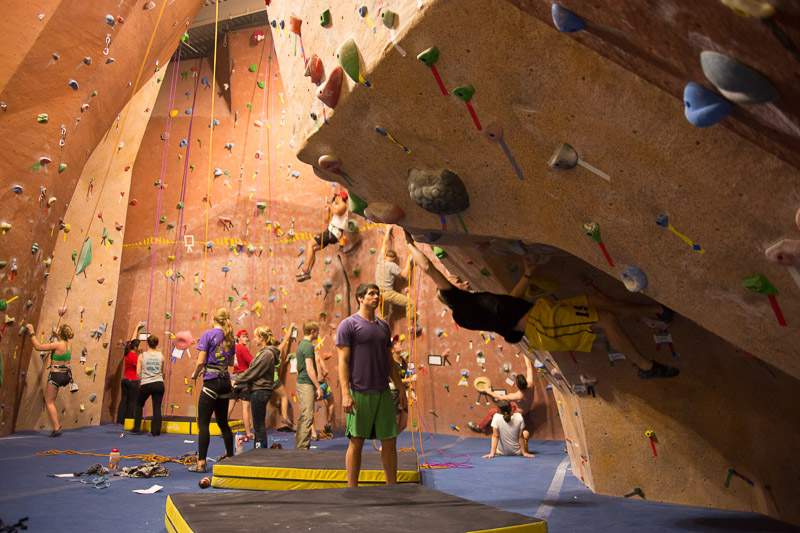 Today’s climbers have walls in their high schools and colleges, like this one at Colorado College.

Garrett predicts that climbing will likely be an Olympic sport in 2030—something that the International Federation of Sport Climbing has rallied for in the past but has thus far proven elusive. Such inclusion, as well as the continuing emergence of gyms of all sizes and categories, will nudge climbing further into the general public’s consciousness.

Big media events like the recent freeing of the Dawn Wall play a role too, along with films like Valley Uprising that receive press from non-climbing media outlets. “Climbing is almost mainstream,” Garrett says, “Lots of schools and colleges have walls. I do not see that going away, but becoming even more mainstream. Kids are getting involved at a younger age and we are seeing younger kids crushing grades all the time.”

And anytime the concept of the mainstream is tossed around, one can bet that there are a host of entrepreneurs listening and calculating, eager to create and market the next big thing that will fly off the shelves, the next hardware or soft goods item that everybody will want to use. “Where I really see the advancement is in the gear,” Garrett says to this point. “Everything is lighter and stronger. It’s hard to keep up with the new gear coming out.”

Check back on Crux Crush soon for Part 3 of the article series on climbing in 2030, when we shift our focus from gyms to the gear of the future.