Over the next two weeks, we will take a look into the future of climbing (climbing in the year 2030) in a 4 part series. The sport has changed tremendously since 2000. Guest contributor John Burgman, author of Why We Climb, talked with experts in the climbing field to explore how the sport might progress in the next 15 years.

Take a moment and think back to your climbing life in the year 2000. Perhaps you weren’t climbing at all back then, but if you were, you didn’t post updates about your current project on Twitter or Instagram. If you frequented a gym, it was likely of the beige-walled, cavernous variety, quite a contrast from the complete-fitness optimization palaces of today. 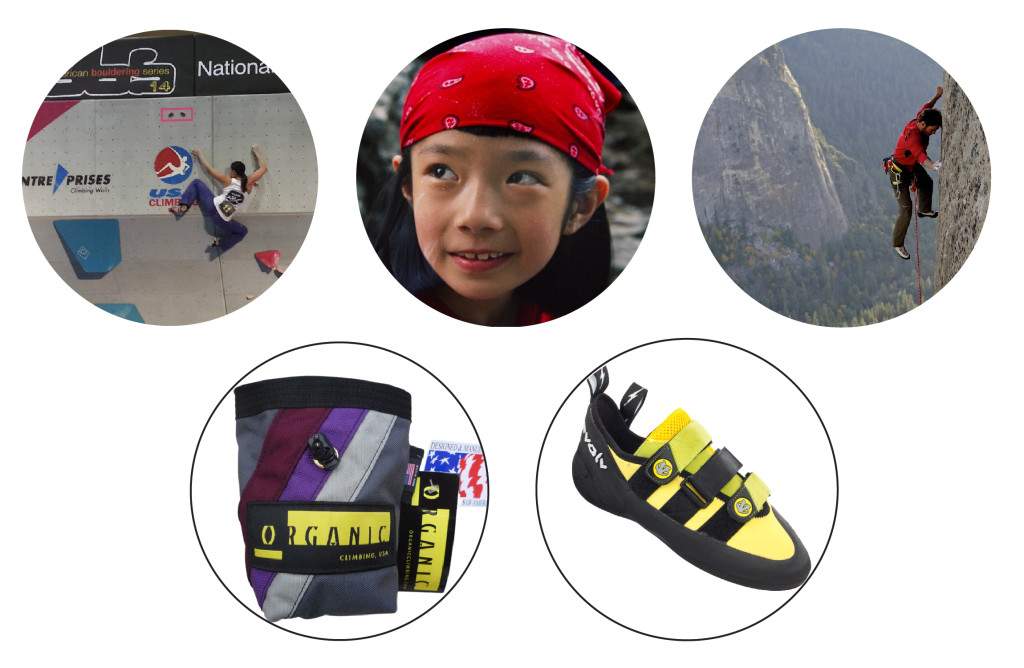 None of these things existed 15 years ago. How will climbing change in the next 15 years?

The climbing scene, as well, was different 15 years ago. Consider this: Daniel Woods and Alex Puccio were yet to dominate the ABS Nationals because the comp didn’t exist yet. Adam Ondra was only seven years old in 2000. Ashima Shiraishi was…well, she wasn’t; she wouldn’t be born for another year. Evolv shoes wouldn’t be on the market for another two years, and the same goes for the colorful Organic chalk bags and crash pads that are so prevalent at crags today. It’s a safe assumption that back in the year 2000, then-Illinois-Senator Barack Obama and most other non-climbers of the world had never heard of the Dawn Wall, let alone some cockamamie idea of “freeing” it…

While the turn of the millennium doesn’t actually seem that long ago for many congrats and gym bums like myself, our sport—and the entire industry that envelops it—has changed significantly in a relatively brief chunk of time. Whether or not that change is a good thing is a matter of perspective—more people are climbing, many of the kids, but that also means that more wilderness is being used and potentially over-used. Grades are being pushed to the limit, which is rad, but that carries with it a risk of performance tunnel-vision, concentrating solely on accomplishment and ignoring the fundamental joy of camaraderie and challenge—the playfulness!—inherent in climbing too.

To say the least, evolution and forward development is always complicated thing. But in light of the momentous strides that have been made since 2000, it’s prudent to look forward, to the next 15 years of climbing—to gauge where we might be headed, to assess potential trends in gear, gyms, and performance, and to paint a speculative portrait of what it all might look like in the year 2030.

About two months ago, the news broke that Ashima Shiraishi, all 13 years old at the time, had become the first female to climb a 5.15 route, Open Your Mind Direct in Santa Linya, Spain. The fact that the grade was later questioned and lowered to 5.14d is moot in the panorama of physical performance. It’s clear that as kids and teenagers continue to send insanely intricate and difficult routes in greater numbers, the next 15 years will see higher grades bludgeoned—V17 boulders and 5.16 lines will almost certainly be established, perhaps sooner rather than later.

That’s all somewhat mind-boggling by itself, but what is more interesting about the progression of performance over the next decade lies in the nuances of training and conditioning for those imminent landmark first ascents.

As the owner of Climb Strong, a comprehensive training website that offers all sorts of climbing-based fitness information, Steve Bechtel has made a career out of analyzing various training methods and techniques, and weeding out the diamonds from the muck, in terms of trends. He has also authored a couple of books on strength and endurance for climbers. As a result, there’s virtually no trainer more qualified to speculate on the future of climbing’s physicality, and Bechtel sees climbers at the elite level becoming more specialized in the next 15 years.

Ondra and Sharma may be the last great “all-rounders”. (Photo credit: Big Up Productions)

“In 1952, Emil Zátopek won the 5-kilometer race, 10-kilometer race, and the marathon in the Helsinki Olympics,” Bechtel explains, using running performance as an analogy for climbing’s multiple types. “Widely regarded as the father of modern interval training, Zátopek never even raced a full marathon before the games. I think that a guy like Adam Ondra or Chris Sharma might be the Emil Zátopek of climbing—the last great all-rounder. In the future, there is not going to be a guy that can be both the best boulderer in the world and the best endurance route climber.”

Climbing In The Year 2030 Will Combine Multiple Activities

That’s not to imply that the different climbing disciplines in the future won’t still be combined for training purposes. In fact, it’s likely that the single, pumpy power moves so common in American bouldering nowadays will compose the long, multi-move sequences of tomorrow. Bechtel explains: “Years ago, Marius Morstad wrote an article on training endurance for On The Edge magazine. In the article, Morstad said, ‘In the future, there will be no room for saving yourself on a route, milking rests and twisting your way to the top.

It will be go, go, and go, with no stopping.’ This idea stuck with me, and today we are starting to see hints of that at the top-end of the sport. The holds on the climbs in the future will be further apart on steeper walls.”

More specifically, one should look at boulderers in 2015 to get a glimpse of what sports climbers will be doing on long routes in 2030. “Basically, top climbers in the future will be shifting gears in energy systems, doing what are now primarily explosive anaerobic movements and turning them aerobic, “Bechtel says. He again uses running as a comparison, saying, “Top marathoners now race 26.2 miles at around 4:40 splits [per mile].

In the 1800s, that time was the world record for a single mile! If you’d have told runners in that era that the mile record would someday be almost a minute faster, they’d have thought you were crazy. They would never have believed you could run a 4:40 for two miles, let alone 26.” 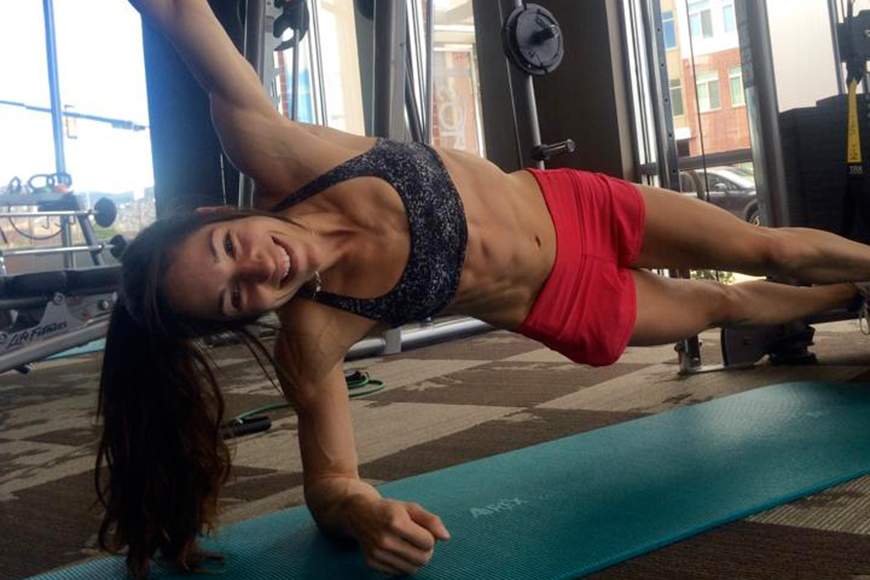 Puccio is one climber who has expanded her training beyond climbing. (Photo credit: Alex’s Facebook page)

Naturally, such a drastic progression in how energy systems are utilized on a route will require corresponding progressions in training, and the biggest shift there will likely come as an influx of systemized exercise programs, which could include everything from more climbing camps to more climbing coaches—even for non-professional climbers.

“The fact that top climbers can ‘just climb’ [for training] underscores the fact that we have a lot of room for progress,” Bechtel says. “You’re never going to see an NFL quarterback that ‘just plays football,’ or a world champion sprinter who ‘just runs.’ The complexity of climbing and its heterochronicity—the differing rates of recovery and adaptation for different facets of a sport—make systemization a no-brainer.”

Don’t forget to check out the story of a local crag legend.

With systemized training, there will be an incursion of “training hacks,” Bechtel warns. Climbers in the future will have to be smart when it comes to paying trainers who promise unrealistic performance gains, reading training articles that flaunt fast results, using products that claim to help “beat the pump,” and other morsels of carny-style promotion.

Is Climbing Next To Fall Prey To Doping Scandals?

As with all competitive sports, performance-enhancing drugs will also become more prevalent in climbing, especially as the comp scene continues to grow and cash payouts increase. Drug testing is expensive, and while the International Federation of Sport Climbing has adopted a strict anti-doping code, it’s unrealistic to expect smaller, local-level comps to adequately police their athletes.

Even if large numbers of competitors at all levels could be subjected to drug tests during competitions, there would still be loopholes such as taking performance-enhancing drugs during non-competition periods for quicker recovery and injury rehab. Suffice to say, climbing is just as vulnerable to a future doping scandal as any globally-popular competitive sport, unfortunately.

But those warnings and cautions aside, Bechtel views the next 15 years of climbing performance in a positive light. “This is an exciting time to be in the sport,” he says. “We are only now seeing a critical mass of smart coaches out there that are correctly applying training principles in their programs. The communication network is good, too, so when one coach figures something out, they can let the world know in real-time.

I think the real innovation will come in program design, using correct timing and implementation of endurance training, learning how to correctly load finger strength training, etc. I also think that a systematic approach to skill development is paramount. Right now, we all kind of ‘learn to climb’ and then obsess over getting stronger or more powerful. The real path forward will be in developing skill, and seeing strength and conditioning takes a backseat in programs.”

Check back on Crux Crush soon for Part 2 of the article series on Climbing in 2030, when we shift our focus from physical performance to the gyms and facilities of the future.

John Burgman is the author of Why We Climb: A Dirtbag’s Quest for Vertical Reason. He is also a former editor at Outdoor Life magazine and a former Fulbright journalism grant recipient. His writing has appeared online or in print at Esquire.com, The Rumpus, The Cleanest Line, Boundary Waters Journal, and other outlets. He holds an MFA from New York University and lives in South Korea.