5 Ways To Enhance Your Climbing: Performance-enhancing drugs in climbing? Never! The idea seems somehow opposed to the core of climbing, doesn’t it? Yet we’ve all seen climbers go to great lengths to “enhance” their performance. Today we discuss five (totally legal) ways to step up your climbing game. Because let’s be real, if there’s something that will help me crush my project after a season of feeling oh-so-close to the send, I’m all ears. Am I about to reveal the secret for going from 5.10 to crushing 5.12 in 30 days? Nope, sorry, that’s called steroids (totally illegal). 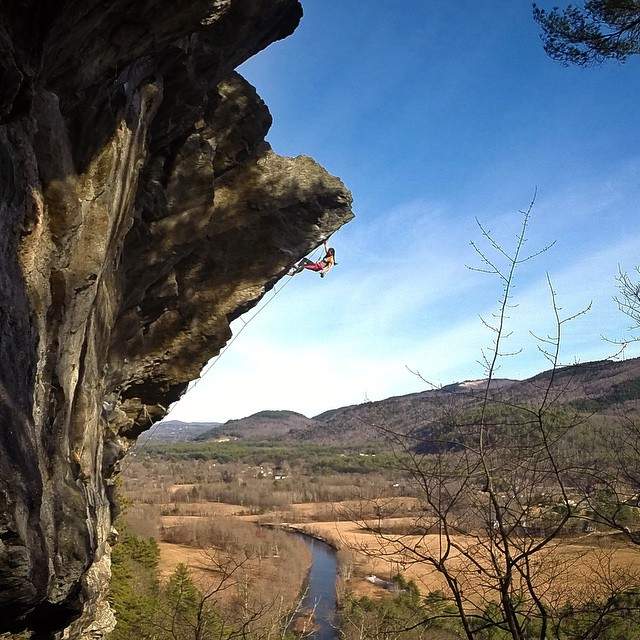 However, I will discuss five performance enhancers that have the potential to provide the 5% gain that is often the difference between sending and hang-dogging. Sometimes, all it takes is being smart, careful, and leveraging your climbing conditions, body, and nutritional intake to see noticeable results. As Mike Doyle said, “You can’t always control everything; control the things you can and if you can’t control something just let it go.”

Your survival tips when your ankle is injured, check out!!!

Adam Ondra, who eats dried fruit as a special dessert treat, has next-level dietary self-control. Even if you don’t categorize dried fruit as dessert, don’t totally give up on the benefits of careful nutrition. A variety of natural supplements have the potential to up your game.

These two molecules make up the cartilage in joints, so it’s obvious how climbers may benefit from such a supplement. While some claim these supplements most benefit climbers over 40, it’s worth noting that once cartilage has degraded it’s too late to rebuild (i.e. this is best used preemptively). This supplement will help prevent future breakdown and thereby prevent future injury and/or osteoarthritis that can lead to joint swelling and pain. GNC even disguises glucosamine/chondroitin as a super yummy peanut butter chew that I’m happy to eat.

I can’t tell you how many vegetarians I know who have become meat-eaters upon getting into climbing seriously. The only thing I can point to is the need for more protein as a climber to aid in speeding muscle recovery and increasing energy. Not willing to become a carnivore or increase your meat intake? Try whey protein. According to Eric Hörst, author of Training for Climbing, “Whey protein is believed to be an ideal source of muscle-building nutrients because it has a high content of branched-chain amino acids (BCAA) and glutamine.”

If you’re vegan, consider plant-based protein powders, especially those with added enzymes that make the protein more digestible (like Vega Sport). In research studies, both whey and pea-protein supplements make a significant difference in strength gains. 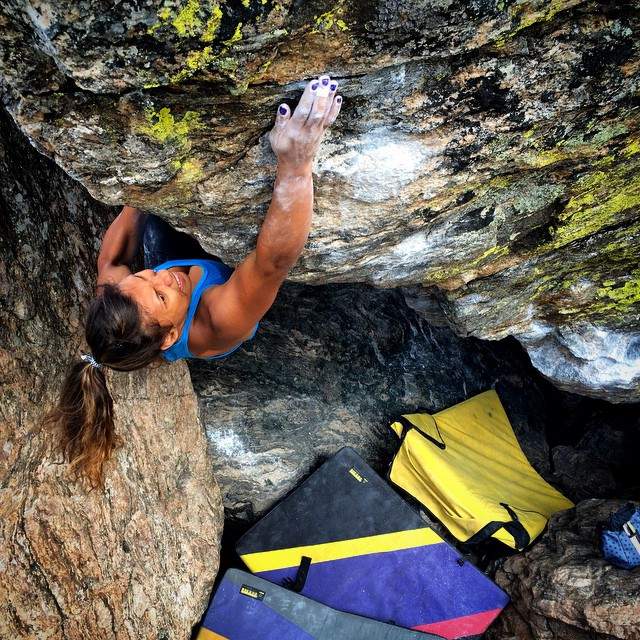 Creatine: For some, creatine edges a little too close to steroids, although it is a natural compound made in the body, and you get a bit by eating meat products. Naturally and via supplements, creatine aids in the process of regenerating the chemical source of energy for muscle contraction and quick energy. Creatine is more commonly promoted in association with power-related sports but is used by some climbers. Studies from the National Institute of Health (NIH) have shown that creatine increases athletic performance.

These studies found creatine specifically instrumental in sports that involve short bursts of energy or jumping, sprinting, or cycling. (Unfortunately, the NIH didn’t study climbers).  No major adverse effects have been associated with creatine (other than a little gas). The one caution to climbers is to minimize use to less than 5 grams unless you want to look like Arnold Schwarzenegger on the rock.

It is worth mentioning a note of caution that the nutritional supplement industry is rife with fraud. Recently, The New York Times reported that “roughly four out of five [popular store brands] contained none of the herbs listed on their labels. In many cases, the authorities said, the supplements contained little more than cheap fillers like rice and house plants, or substances that could be hazardous to people with food allergies.” Be careful and do your research – it can be very difficult to find reliable sources for supplements in a largely unregulated market.

Lately, some high-profile professional climbers have raved about #Gnarly, a supplement company aligning itself with outdoor sports athletes. Most of the chatter has centered on Gnarly’s all-natural and organic approach, but keep in mind that these compliments come from Gnarly-sponsored athletes. We’d love to see a third-party company verify actual ingredients. 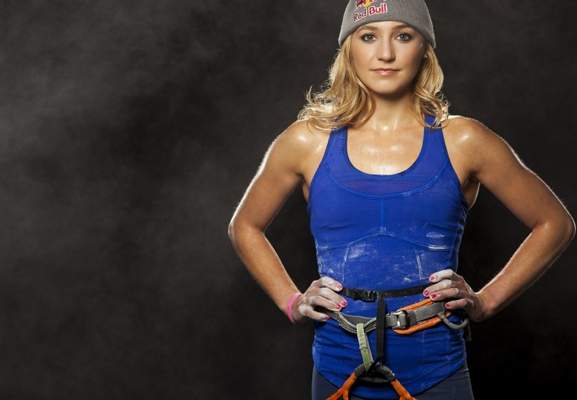 A little Red Bull pre-climbing to ensure the send?

Wolfgang Güllich said, “A man doesn’t go to drink coffee after climbing, coffee is an integral part of the climbing.” If sage climbing advice can be attributed to anyone, Wolfgang Güllich is your man. Obviously, coffee isn’t the only source for your caffeine fix; several supplements and beverages include caffeine in the mix. While I personally can’t stand the taste of energy drinks, I always have to wonder when I see pro climbers like Daniel Woods and Sasha DiGiulian gulping one down pre and post-victory.

A 2001 Journal of Nutritional Science study found that “endurance time to exhaustion was significantly increased by the caffeine ingestion in athletes,” a finding confirmed by several other studies. So fill up that thermos with coffee and bring it to the crag, or stash that Red Bull for a  little pre-climbing boost.

I often tease my husband who cites the humidity percentage alongside the temperature when providing the weather forecast, however, he has a point: humidity matters. The difference between a high and low humidity day is the difference between sending and not. Mike Doyle, who recently put in close to 100 days on Necessary Evil (5.14c) at Virgin River Gorge, plotted out the humidity to maximize the possibility of sending.

Be aware of conditions and how your body responds. If you sweat profusely, think about that. Do you turn into an ice princess in the cold? Is a warm day just what you need to loosen up? Look for your personal climate window that optimizes sending. 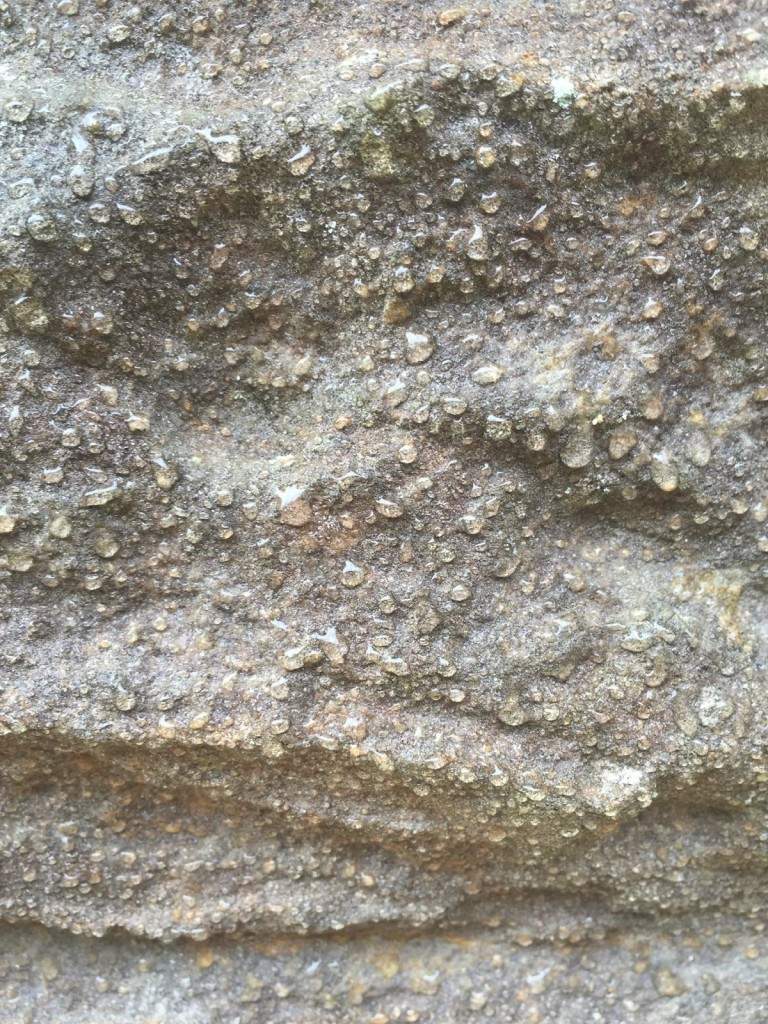 The combination of warm air, cold rock, and high humidity made for great rest day conditions at The Red River Gorge.

Chalk may be a no-brainer, but if we want to get scientific on this biz, there are multiple types of chalk to allow you to maximize friction and minimize moisture. Lately, there’s been buzz about Friction Labs Chalk whose motto is “Chalk matters” and which creates its chalk via a Walter White approach. Heavy sweaters specifically claim they can tell a difference. Personally, I can’t, but there’s something to be said even for a placebo that allows you to perform better. For even more friction assistance, consider liquid chalk, which is basically rubbing alcohol and chalk mixed together – and as a warning, it smells like rubbing alcohol and chalk mixed together.

If you’ve ever watched a climbing video or comp and wondered how the climber’s hands are so completely white, it’s liquid chalk. On a hot, humid day, this stuff works miracles, allowing your hands to maintain chalky friction for much longer than simply dabbing your hands into loose chalk only to see it immediately sweated off.

At the most extreme level is a European drug for hyper-hydrolysis (too much sweat. Think armpits and feet, typically) called Antihydral. This cream literally stops your hands from even being able to sweat. The cream is applied (carefully) at night and allowed 8h to do some voodoo. It’s weird, sketchy, and unbelievable as it sounds. (The only place to order it is off of a random foosball, yes foosball, website). So that he doesn’t accidentally seal his face, my husband ends up sleeping with socks on his hands once a week in the summer (extremely romantic).

But yes, it works – so much so that you need to be very careful not to over-dry your hands. However, if sweating is getting the way of your sending, this might be your jam. Daniel Woods called it a “game-changer”. 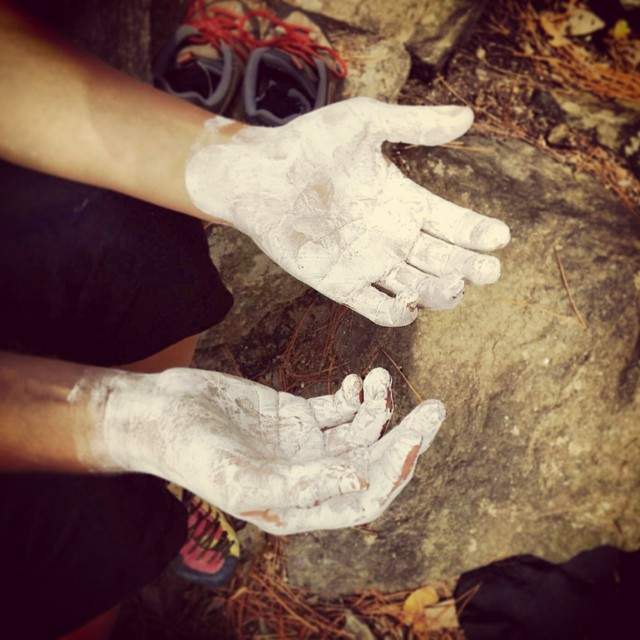 Again, this might seem like a given, but for someone who is psyched about climbing, actually taking rest days can be extremely difficult. Committing to doing so requires a climber to really analyze her/his training and performance and determine how many rest days are needed, as this will vary from person to person. Know how many days your body needs to recover. If you’re planning on going hard on your project on Saturday, don’t go nuts in the gym on Friday night.

I’ve seen so many enthusiastic climbers going hard in the paint Sunday to Saturday, unable to bear the thought of taking a day off. Unfortunately, that psych is going to cost you injury and exhaustion. Rest is critical and necessary.  Alli Rainey reluctantly admits that “Reaching for and potentially succeeding in reaching near a true limit in climbing (or training) often requires that you actually climb and train on way fewer days than you want to or maybe willing to.” It may seem counter-intuitive, but the body needs time to recover. You will see your performance increase when you allow your body to put the pieces back together.

So there you have it: the performance-enhancing “drugs” of the climbing world, beckoning to be integrated into your climbing repertoire and promising to assist in the send. Anything you would add to the list?