The cost of going pro: Admit it, at some point in your climbing, you’ve fantasized about becoming a pro climber. You know, living that glamorous, celebrity, Hollywood climber life, rolling in the dough, just for climbing. This past spring, one of the most well-known professional American climbers, Alex Puccio, started a crowdsourcing website to raise money to travel to and participate in the Bouldering World Cup. 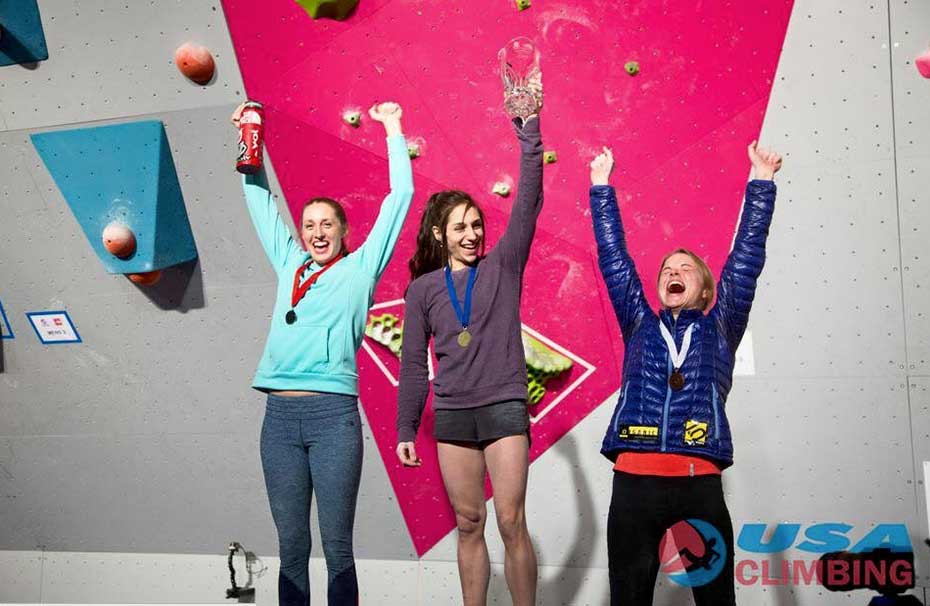 What does it take to “go pro” in climbing? (Photo credit: USA Climbing)

The climbing community had mixed reactions to her request. Regardless of one’s support for Alex’s crowdsourcing, a major question surfaced: Why does one of the strongest and most well-known American professional climbers need the public to financially support her? This question led us to wonder and investigate what is the cost of being a pro climber?

Check out the amazing interview with Hannah Shea, here!!!

We reached out to a number of pro climbers to get the lowdown on the cost of going pro. While the climbers we talked to were extremely candid, they did risk upsetting their sponsors, (discussing compensation for many of the pros is a breach of contract), and therefore asked to remain anonymous. To ensure we had the whole picture, we also reached out to several companies that sponsor climbers, but all declined to comment. As we came to find out, although these climbers may be “living the dream,” there is a lot more (and less financially) that goes into becoming a pro climber. 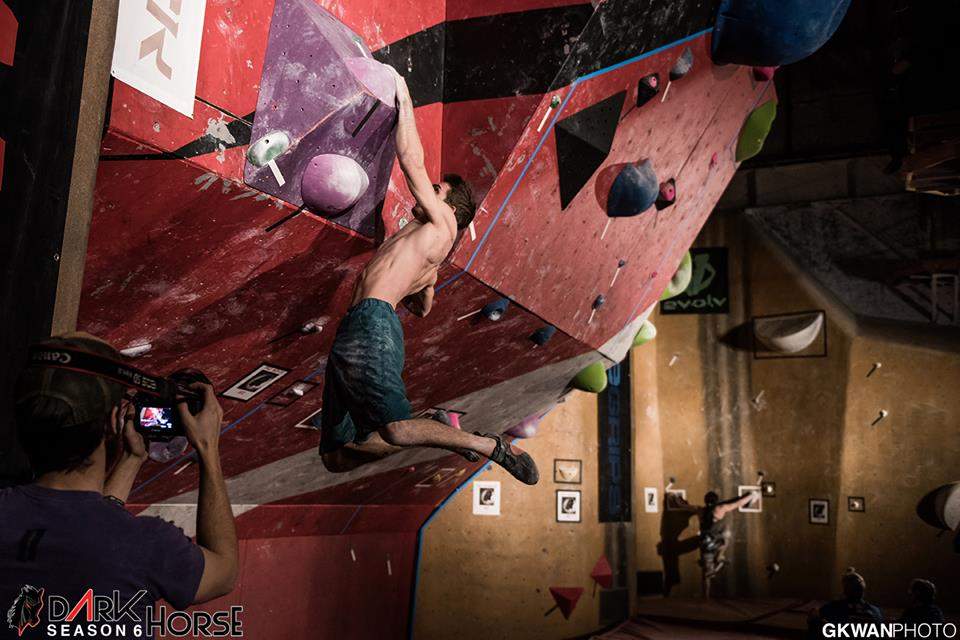 Winning competitions like MetroRock’s The Dark Horse can bring in a cash prize of $2000.

Awards & Opportunities For A Pro

In general, a pro climber is compensated by winning competitions and obtaining sponsors. According to one pro, “The most you can win (1st place) at a typical big US comp (Dark Horse, Nationals, Portland Boulder Rally), is around $2000. Granted, a few comps have bigger purses, but not too many. And that’s just for winning, obviously, it’s a crapshoot, and often we walk away with much less.” So let’s say as a pro, you’re on your game and win Dark Horse, Nationals, and Portland Boulder Rally – that’s a lump sum for one year of $6000, that would go to one climber.

According to US News and World Report, the low end of the average middle-class living income is $25,000. Then take into account that most of the pros tend to congregate in Boulder, Colorado where the cost of living is 18.6% above the national average (Forbes). We spoke with one of the top female climbers who tend to take home those cash purses at the big comps. In addition to slide shows, clinics, and sponsorship, she estimated making around $30,000 annually.

While pro climbers receive sponsorship and one pro is estimated to make a whopping $30,000, most are not raking in the remaining money needed to meet the cost of living. As one pro explained, “Some of my sponsors give me a monthly or quarterly stipend, some a travel budget.” In some cases, pros receive both a travel budget and a quarterly stipend. While what a pro receives may vary, “All climbers must work hard to obtain sponsorships, and even the elite do not typically receive enough benefits to cover their expenses.”

There are also incentives built into the sponsorship system rewarding media appearances or placing at a competition. Before you start seeing $$$ signs at the sound of a stipend, realize that the stipend isn’t necessarily “free money”; it also has its own strings attached. For example, the money can only be used for approved trips like competitions, photoshoots, events, etc. In other words, just because a climber receives a travel budget, does not mean they can, on a whim, take off on their own personal climbing trip.

Always Ready To Prove Yourself

“One must maintain a certain level, too, in order to give the sponsors a reason to keep sponsoring, so if that isn’t happening in the form of physical accomplishments, it had better happen in some other way,” explained one pro. Becoming a professional climber is not only about being the strongest climber out there.

“Being a Pro is really not possible with just climbing prowess,” elaborated one pro, “Even Chris Sharma has a very full calendar of events, slide-shows, R & D, trade shows, sales meetings, social media requirements, and responsibilities, shooting media (videos, photos, lifestyle), etc. I think an important point to make is that to truly be a professional you need to offer these things to your brands because just climbing hard is not enough.”

There is more than meets the eye in differentiating what catapults one into professional climber status or simply keeps one among the ranks of strong climbers with a free pair of climbing shoes and some hand salve. We may not realize it as the spectator, but just as Hollywood celebrities have a carefully crafted image and must maintain communication with their fans, in today’s day and age, so too must professional climbers.

As one pro explained, “I always think about it as this 50/50 balance… half of the game is your story (hard sends or FAs or comps or adventures or risk-taking or short shorts) but the other half (equally important) is how well you communicate and share that story and how well you work as a business person. If you don’t want to share your success or you are a poor communicator (likewise if you are heinous to work with), no brands will see value in supporting you. Back to the first 50% —

If you don’t send hard or do anything of interest, none of the community will listen. Basically, everyone has some combination of these two halves. Generally speaking, those that have both dialed are getting paid the most. I don’t send hard enough to be top-level but I work hard to make up for it in the other 50%.”

Being a pro climber means being more than just a rock climber. (Photo credit: Red Bull).

So what are pro climbers universally getting out of their sponsorship? Product, gear, and swag. Across the board, pro climbers unanimously reap the benefits of free, fresh gear (climbing shoes, approach shoes, ropes, draws, harness, etc). As one seasoned pro lamented, “There are tons of young climbers out there who will do a LOT for free product, so why would a company want to pay someone to do what another person will do for a t-shirt?” Of course, the “t-shirt” also comes with a price in limiting the type of shoes or harness a pro is “allowed” to use.

In some cases, pro climbers preferred not to receive a sponsorship from one company because they preferred another company’s product, which then eliminates the biggest benefit of being sponsored and puts the pro right back alongside you and me, actually paying for climbing gear.

Sponsors Grow When The Sport Grow

We’ve covered what pro climbers may receive in being sponsored, however, it might be more enlightening to look at what pro climbers do not receive. “Hopefully sponsorship support will increase as the sport grows, but currently there simply is not enough public interest in the sport to fuel large corporate funds.” When we asked what the biggest cost of being a pro climber is, one climber responded, “I guess I’d say that the biggest cost is “security,” in the traditional sense of the word.  Contracts are typically two years, at best (at least in my experience), and more commonly one year.

If budgets get cut or circumstances change, sponsorship can basically just disappear.” Sadly, but perhaps not shockingly, there is no long-term security in being a pro climber.

Alex Puccio demonstrates the work that goes into being a pro. (Photo credit: @alex_puccio)

Looking at the cost more literally, we have to consider travel and “the time required to stay active, strong and motivated.” If anyone has seen Alex Puccio’s Instagram feed, you get an idea of what goes into training as a professional climber – let’s just say it isn’t your typical Wednesday night checking out the new problems at the gym.

Another big cost is health care; pro climbers are on their own for health care benefits – not that climbers ever get sick or injured “on the job.” Many of the pros purchase the bare minimum for “catastrophic coverage,” and cross their fingers that it all works out. Also, most companies do not take out taxes in the stipend provided to the climber. As one pro learned, this can be a harsh reality come April 15th.

‘So what? Get a real job,’ you say? Turns out most of the pro climbers we talked to did and/or do work “real jobs” doing everything from colonoscopies to coaching 7-year-olds to mowing lawns, to taking care of sick puppies. Although many of them, worked these jobs as they transitioned from amateur to pro, as one pro put it, “In my opinion, if you’re working a side-job you’re not actually a pro climber. Do pro runners or pro tennis players or skateboarders ‘work aside job’?” Point taken.

The pros we talked to who have managed to pull together enough sponsorships and comp money to not work a side job was grateful and very aware that they were one of a very small group of lucky climbers. 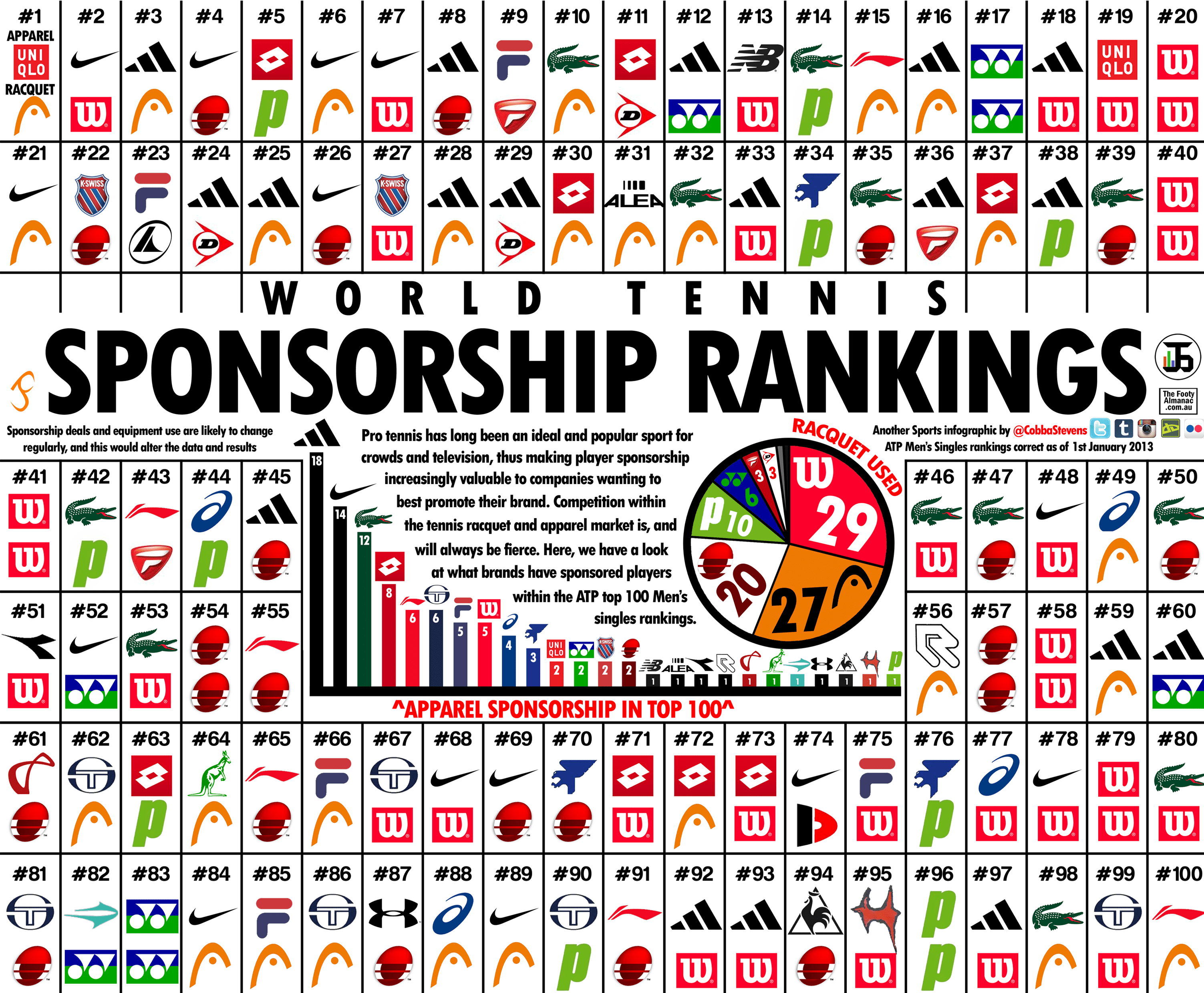 So why do it? Do we really have to explain? If you’re reading our site, we know you’ve fallen head over heels in love with climbing, and love can make people do crazy things. As one pro admitted, “Some days that’s pretty scary, but it’s working for now!”

It is worth speculating that if professional climbers unified and organized their voices with one another and in dialogue with their sponsors, those sponsors would in turn have to increase their support. As climbing continues to take off, we have already seen big-name companies like Adidas and Red Bull heavily involved in climbing competitions. The idea of climbers unifying and bringing in bigger sponsors to climbing excites some pros as it would in turn cause the climbing industry, still relatively small, to grow.

Of course, that means that pros would first have to be allowed to discuss their compensation with one another, something that would currently result in sponsorship being pulled. And as one wise pro warned, “I think we should be careful what we wish for. Maybe it’s better to work hard for a piece of the pie rather than just make the pie bigger? I’m not sure.”

Think you have what it takes to maintain that delicate balance of climbing prowess, communication, and publicity? Other venues than climbing companies exist to access money to climb somewhat full-time. Check out Andrew Bisharat of Evening Sends who wrote a whole article on grants available specifically for budding alpine climbers. “There’s a lot of money out there to support climbers of all abilities, yet only a few people seem to be willing to actually try and get some of it,” he writes.  Groups like The American Alpine Club, the Mountaineering Fellowship Grant, and the Zach Martin Breaking Barriers grant are just waiting for you to stake your claim.

Big thanks to all of the pros who contributed their voice to this story but remain anonymous.