em>Today we’re very excited to share an interview with the one-and-only Sasha DiGiulian. At just 23 years old Sasha already has a lifetime’s worth of climbing accomplishments under her harness, including the titles of the first American woman to climb 5.14d and 3-time National sport climbing champion. Here she shares her thoughts on big walls, climbing in the Olympics, her future in the sport, and lots more.

Check out Vanlife tips from a girl in the process, here!!!

CXC: A few months ago you became the first woman to climb Magic Mushroom on the Eiger – Congrats! It was quite a departure from what you’re known for, so what inspired you to take on this type of route?

SD: I would like to be the best climber that I am capable of being in as many different facets of the sport as possible. The Eiger was an adventure that tested my comfort zones and was the perfect ground for me to challenge myself physically and mentally.

CXC: Do you have plans for other climbing endeavors that are a little bit outside of the box? Can you tell us a bit about them, why you’re pursuing them, and what you hope to gain from them?

SD: One of my goals for 2016 is to Free Climb El Cap. I need to improve my trad climbing and crack climbing skills significantly for this! I would also like to establish more first ascents, potentially travel throughout Norway in June, then spend time in South America the rest of the summer, and then Fall in Yosemite. 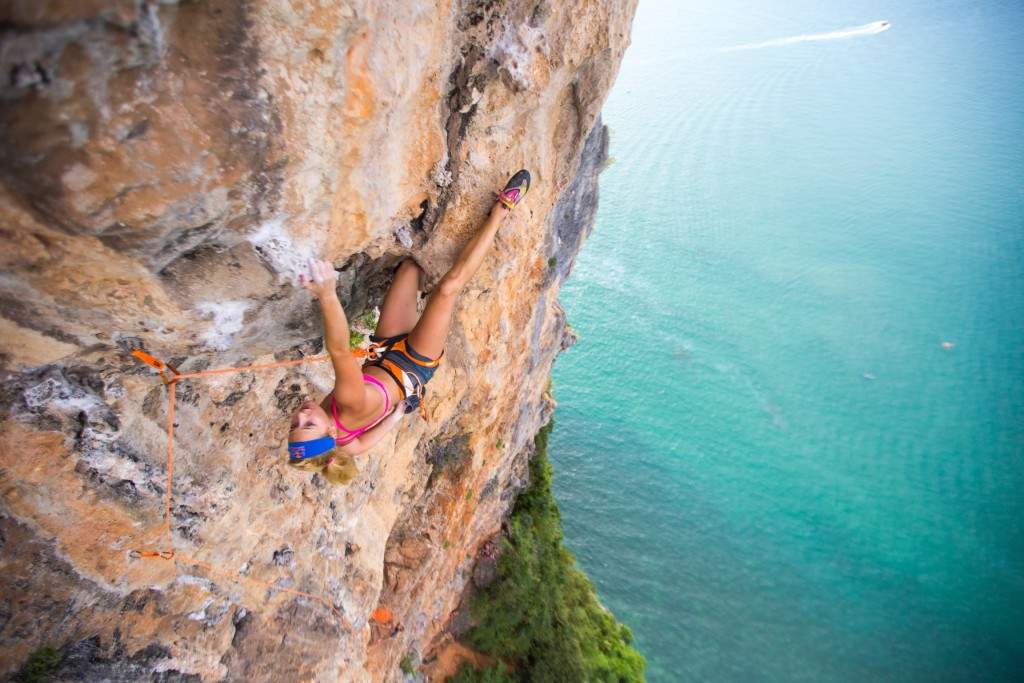 Took A Break & Back Again With Sasha Digiulian

CXC: It seems like you’ve been participating in fewer competitions lately. What are the reasons for this shift?

SD: I would rather spend my free time climbing outside. Perhaps down the line, I will be motivated to focus on competitions again, but for now, I am motivated to travel the world exploring new destinations and pushing my limits on the rock.

CXC: If climbing is a part of the Olympics in 2020 will you pursue competing?

SD: I can’t say no to that. I think that the way that climbing is packaged for the Olympics in 2020 is interesting – it is a combination of speed, lead, and bouldering. When I won the Overall in the World Championships, speed was a factor but it was so negligible of a factor that it didn’t matter really – I just did well in lead and bouldering so the fact that I suck at speed climbing and have no interest, really, in improving, didn’t inhibit me from winning.

Though, that said, I don’t really know how the scoring would shake out if this combination scoring is put to test in the Olympics. In 2020 I will be 27. So, I could compete. Or I could commentate. Either way, I would like to be involved.

CXC: Sasha Digiulian what does the inclusion of climbing in the Olympics mean to you and what does it mean for the climbing community as a whole?

SD: I am thankful to be a part of climbing during this period of its growth. I have been climbing for 17 years now and even just during this time I feel like the sport has grown and changed a lot. I know that there are arguments both for the Olympics and not for the Olympics. In my opinion, I would like to share our sport to as many people as possible. Though, I know that the “Olympic” version of climbing will be much different than the authentic form of the sport.

I think that that is okay. I just know that the competition scene and the outdoor scene within climbing will continue to diverge and grow into separate spaces. I cannot relate climbing in Yosemite to climbing a gym route in a competition. 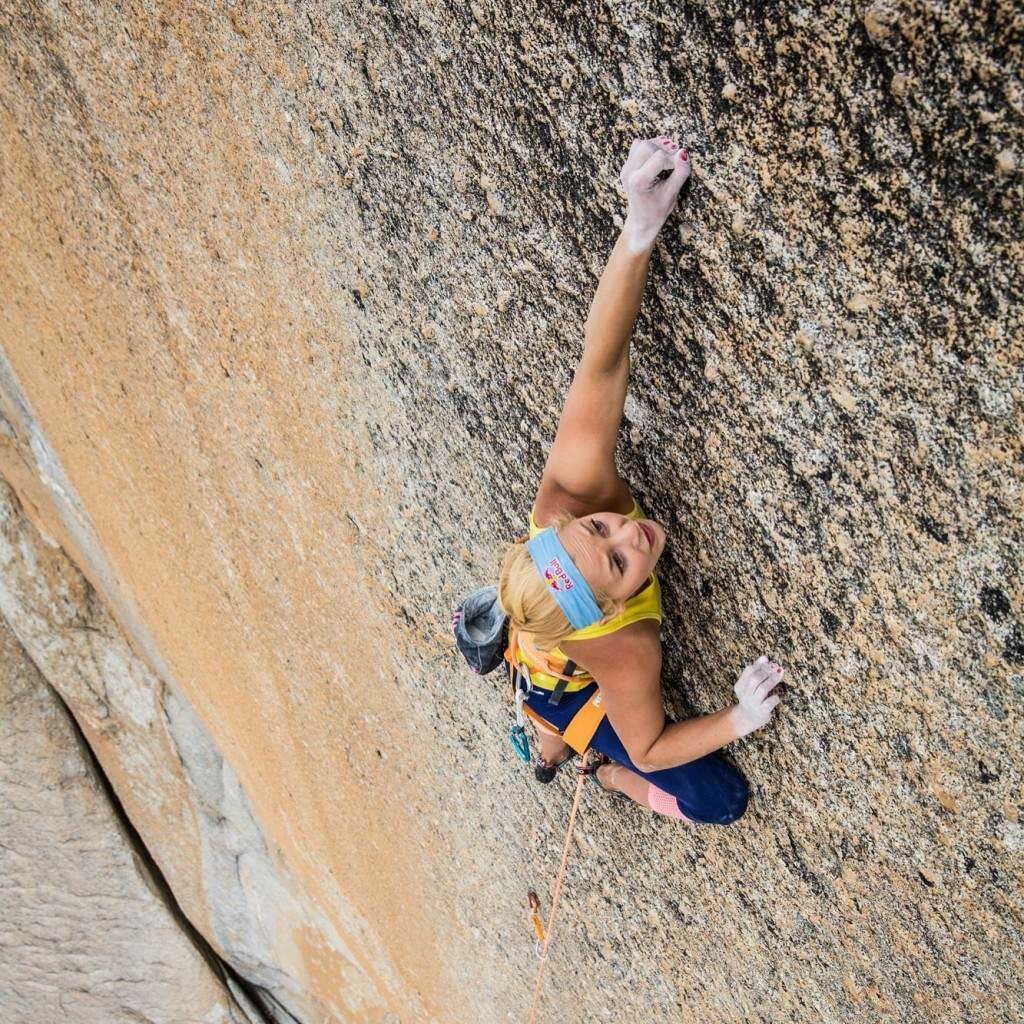 CXC: I remember running into you at CRG in Watertown, MA at the 2015 SCS Nationals, following a tough go at the route where you fell pretty early on, surprising everyone. You said you were devastated. Can you talk about that moment and what you were feeling?

SD: In this moment I realized for, personally, I cannot be just climbing outside and then show up to a competition, not having really frequented any part of the circuit, and expect to win. Climbing competitions have taken on a characteristic of their own. In order to really succeed you need to concentrate on training in a gym and replicating competition-like climbs.

CXC: You have often been portrayed as living this perfect sunshiney, beautiful life, perfectly tied together with a pink ribbon. Yet, we know that this isn’t always the case and occasionally we get glimpses that even you, Sasha DiGiulian, struggle. Can you talk about your own personal highs and lows in climbing?

SD: Like in any sport, we will always have our ups and downs. I go through times when I feel really unmotivated to train or I feel bad about not performing at the level that I want to be. I get stressed out about time and sometimes feel like I over-commit myself. Though, it is all part of the journey. I will fall again and again before I really succeed. And then, I’ll fall again on the new endeavor 🙂

CXC: Will you be graduating from Columbia this spring? And the dreaded question: Do you have post-graduation plans?

SD: I will be graduating after being a full-time student at Columbia in May 2016 🙂 I am SO excited! My immediate plans after graduation are to focus on my career as a professional climber. I will write a book and I am developing a signature shoe as well. I have a few side projects in mind, but mainly I would like to concentrate my energy on traveling and improving as an athlete. I am also driven to work more with the nonprofits that I am involved with. I am a spokesperson for the Women’s Sports Foundation, Right to Play, and Up2Us Sports. Doing more work with these organizations is definitely on my agenda.

CXC: And we have to ask, although obviously, you do not have to answer 😉 are you dating Jared Leto?

SD: I keep my personal life confidential. Though, I will say that despite injury, Jared has a lot of natural climbing talent and exudes passion: he is an inspiring friend to have.

CXC: Thank you Sasha for so openly chatting with us. Best of luck with your final semester at Columbia and with all of your future endeavors!