We are about to cover the topic; Improving Climbing Performance: Before trying out the Trailside Kitchen, I’d never attempted any sort of sustained dietary modification. Most of my meal planning revolves around trying to balance medical school and climbing on a budget. My favorite crag snack is Goldfish, and, more often than I’d like to admit, my pre-climbing breakfast is cannoli from the Italian bakery around the corner (since that’s the only thing open at 6:30 am most Saturdays in my neighborhood).

I cook and eat homemade meals about half of the time, but also admit that it is time for some changes so that I can continue to accomplish my career and climbing goals in good health for years to come. 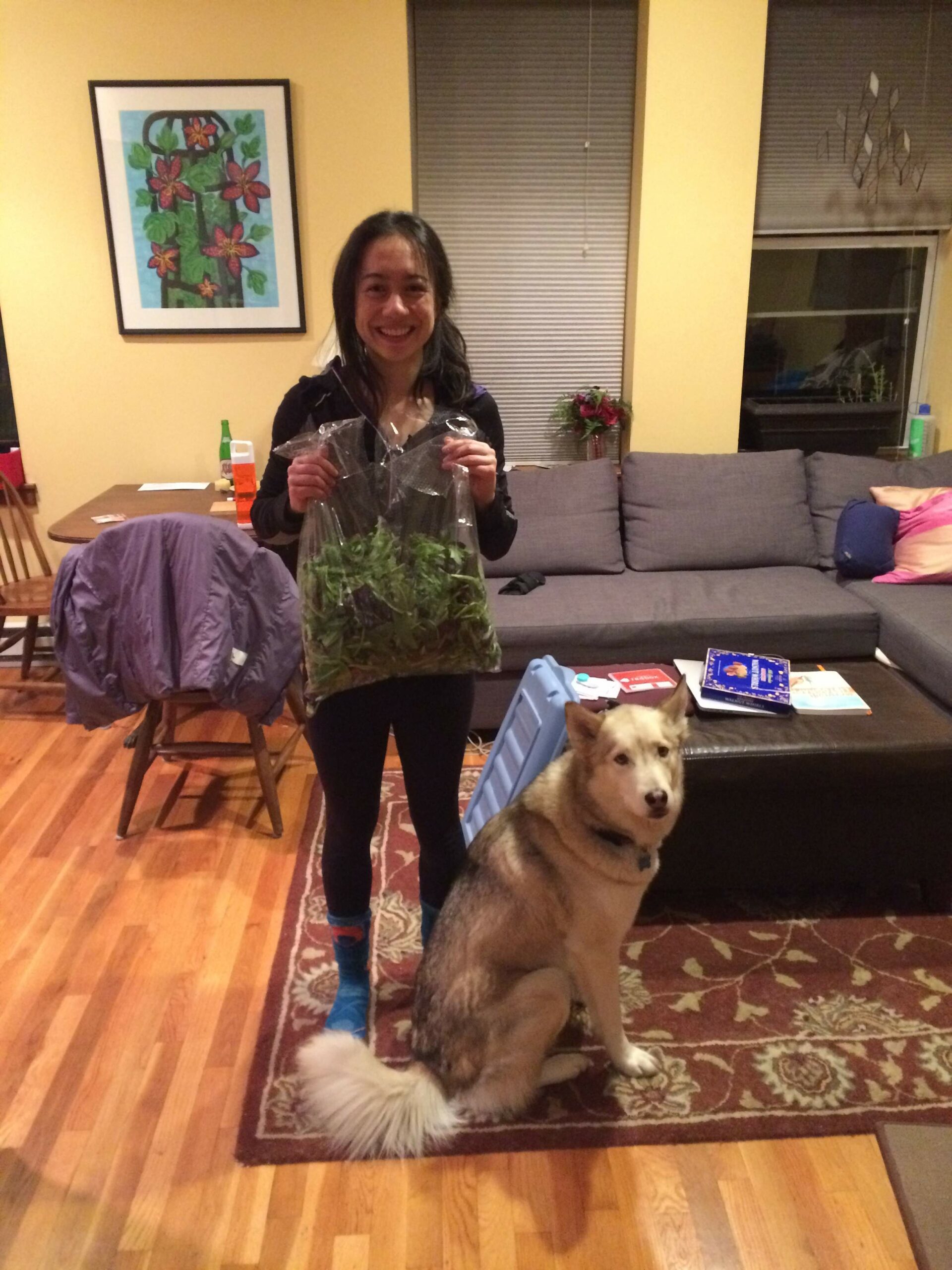 Psyched on all the veggies!

We had an interview with Jen and talked about behind the scene in the film “Project Mina.”

When I looked over the tenets of what I was about to embark on, I knew this wasn’t going to be an easy task. One cup of coffee per day? No gluten or refined grains? Minimal sugar? One alcoholic beverage per week? The first step: recruit my boyfriend. As we moved through the 4-week method, the teamwork approach to meal planning and prep was essential for our shared success.

Depending on your goals, there are different levels to choose from: lifestyle, performance, and training. We chose the performance level during peak climbing season, which is for those who are “not necessarily training, but still want results,” because at the end of the day we still qualify as (aggressive) weekend warriors.

The process started with goal setting, which included both numerical climbing goals as well as lifestyle goals such as avoiding a mid-afternoon crash, eating a hearty breakfast regularly, and eliminating sugary caffeinated drinks. The first week was all about adjustment; making trips to a wholesale market to get items such as quinoa and beef jerky in bulk, writing up meal plans, and dividing up the prep based on our schedules.

Midway through, we transitioned to thinking about specific food items and meals in terms of ratios of carbs, fat, and protein, which is best explained by Julia’s infographic below. The final stage was optimizing the timing and type of food consumption for exercise and recovery.

When reflecting on our experience with Trailside Kitchen, we decided to give our individual perspectives on a few questions.

Me: I’m used to cooking meals, so I was able to modify some of the dishes I cook. The recipes provided were helpful, and Julia could chime in with solutions to some of my specific problems, such as suggesting items for on-the-go meals. Having Julia accessible via text was the most convenient part of the process since she could answer questions on the spot!

Him: Since I rely too heavily on take-out for meals (most lunches and sometimes dinner), I was able to use the guidelines to make better choices when I do eat out. It was a challenge to be more conscientious about planning and packing lunches, but we quickly fell into a groove that worked.

Me & Him: We’re both really thrifty and found that the reliance on grass-fed and organic meats, combined with buying “trendy” grains and high-quality oils put a big dent in our budget upfront. However, the argument could also be made that the extra money spent on groceries was made up in the amount saved by eating out considerably less than we used to. We were able to save by buying in bulk and fully utilizing what we purchased. 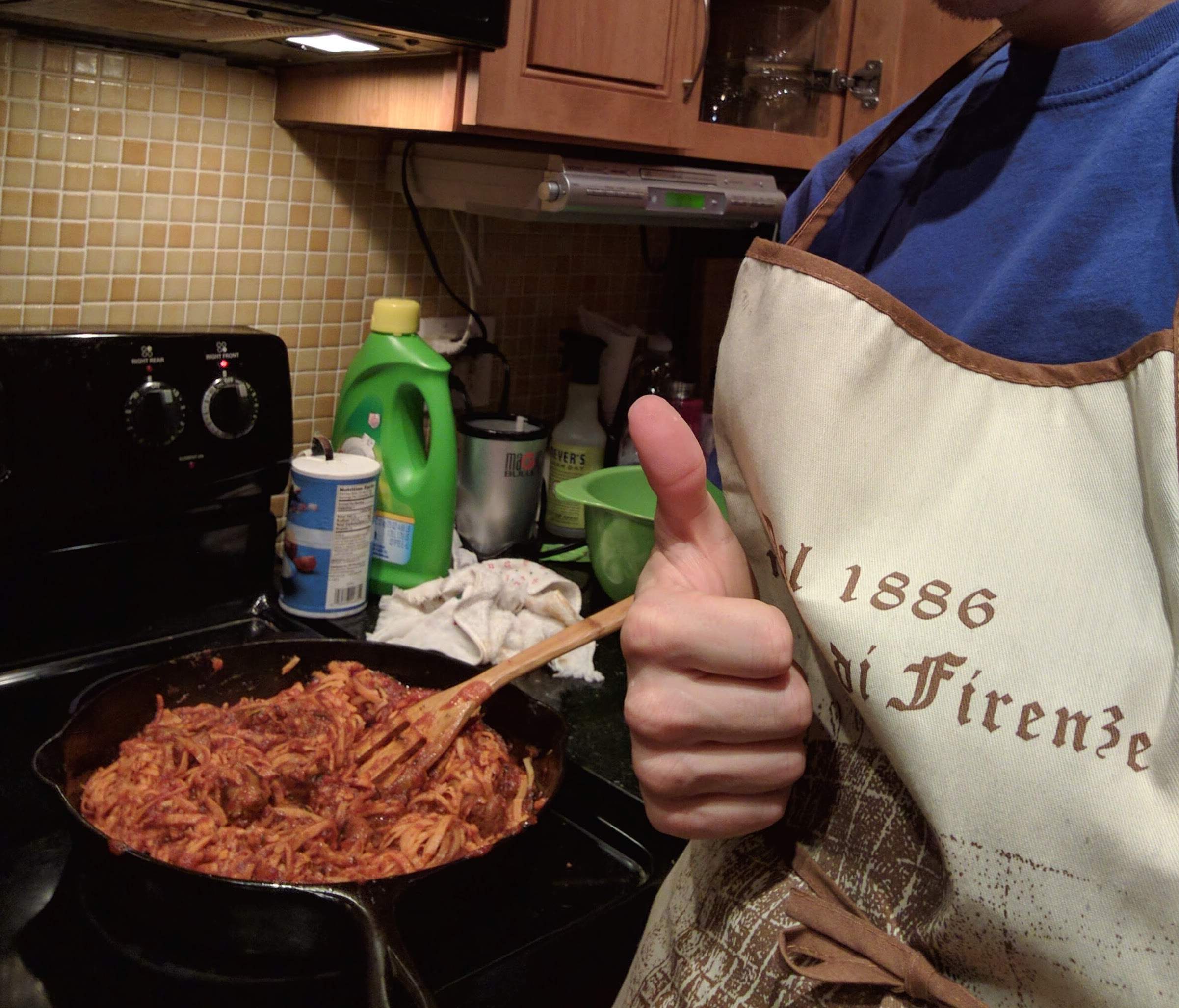 Learning to use and love our veggie spiralizer.

Me: Julia worked with me to figure out a really good system for surviving long shifts without lunch or dinner breaks by packing prepared snacks of foods I enjoy, such as carrots, hummus, salami, and nuts. While I still love Goldfish, I pack better snacks for the crag these days and my energy is much more sustained. I was able to maintain a healthy weight with minimal weight loss and noticed far more muscle definition and sustained energy in my climbing.

Him: I liked having a system of guidelines to follow and recipes that were easy to execute. Surprisingly, I was able to eliminate sugary caffeinated drinks without feeling less energized. I lost some weight and have stabilized at about a 10 pounds lower weight than previously. I felt trim and was climbing strong, but some of that weight loss may have been muscle. By eating healthier, I found myself needing to eat more than I was used to and had trouble keeping up with my metabolism.

4. What Were The Biggest Challenges?

Me: Eliminating refined grains and limiting my sugar and alcohol intake was really tough! While there are potential benefits of a gluten-free diet, in my case, I feel that it just forced me to avoid processed foods, which is a good thing. I have returned to my habit of eating homemade breakfast muffins, but have added in some favorite breakfasts from the Trailside Kitchen, such as the green smoothies with coconut milk and almond butter.

Him: It required a lot more time and effort spent thinking about and planning for meals. I’d have to wake up earlier to make breakfast, pack meals and snacks, and spend extra time cooking a recipe that was new to me. The teamwork aspect was crucial; shortly after we finished our month, Emily left for an extended period of travel and it was hard to keep up the Trailside method alone!

Now I feel like I’ve made some good habits that I can carry forward. If nothing else, a short dedication to this strict diet helped me break some of my lazy habits and make better decisions when it comes to food. 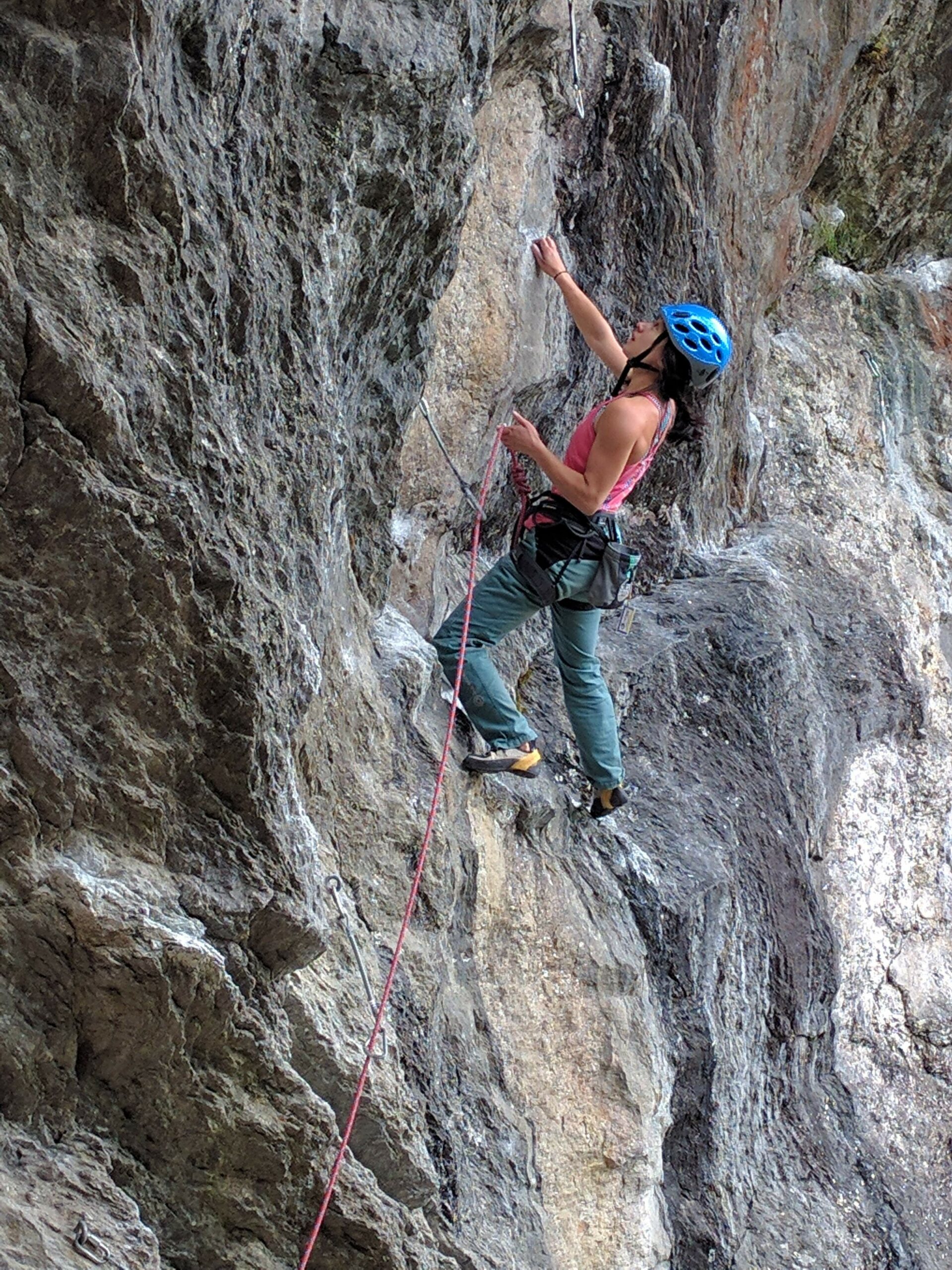 The results? Sending my project!

In summary, if you’re looking for another tool to add to your climbing arsenal, we’d wholeheartedly recommend the Trailside Kitchen. If you’re looking for an unusual gift for the climbers in your life, Julia is offering a special 20% discount to Crux Crush readers (enter the code CRUXCRUSH at checkout) and is starting a Trailside Method group in collaboration with Pure Barre and Mountain Babes on January 16th.

The dietary modifications combined with the results of a winter training regimen, more time to spend outside, and a lot of psyche for climbing hard this season led us to achieve our goals of pushing grades, and styles and feeling more comfortable and confident on the sharp end than ever before.