We had an interview with Emily and Tim Harrington, let’s get started. When I first saw Role Reversal it left a major impression on me: I want a dad like that. No offense to my own dad (I love you!), but how rad would it be to share a passion like climbing with your parent? Sure, my mom went to the climbing gym with me once, but I’m talking about traveling, exploring, and sharing the joys and frustrations of projecting with your mom or dad. Check out most wanted hidden collections for a climber.

This is exactly what Emily Harrington and her dad, Tim, did for two weeks in Spain. In fact, they have been doing this since she started climbing. During their time in Spain, his objective was to send his first 5.12, and she had her sights set on another 5.14. While they worked out the beta and ripped open fingertips, what really shined through was their connection and support for each other, the similarities between them, and the snarky banter that is uniquely characteristic of a father and daughter.

History Of Our Stars: Interview With Emily And Tim Harrington

Emily, now 29, got her start in climbing at the age of 10 in a pretty common fashion. “There was one of those artificial portable towers at the Boulder Reservoir one summer. I went and climbed it with my cousins and immediately asked my dad if I could do it again,” says Emily. Tim finishes the story, “We went to Boulder Rock Club and they had a climbing class for kids. I put her in it and my future buddy says, ‘So where’s she been climbing?’ And I said, ‘This is her second time.’ And he goes, ‘Let’s get her on our team.’

That’s where it all started.” From there Emily and Tim both began climbing. Emily would go on to find success on the national and world competition circuits, claim first female ascents of 5.14 sport routes, and delve into ice climbing, big-wall climbing, and mountaineering, including an ascent of Mount Everest in 2012. All the while, Tim was there to support her, not just from the sidelines, but as a belayer and climbing partner as well. 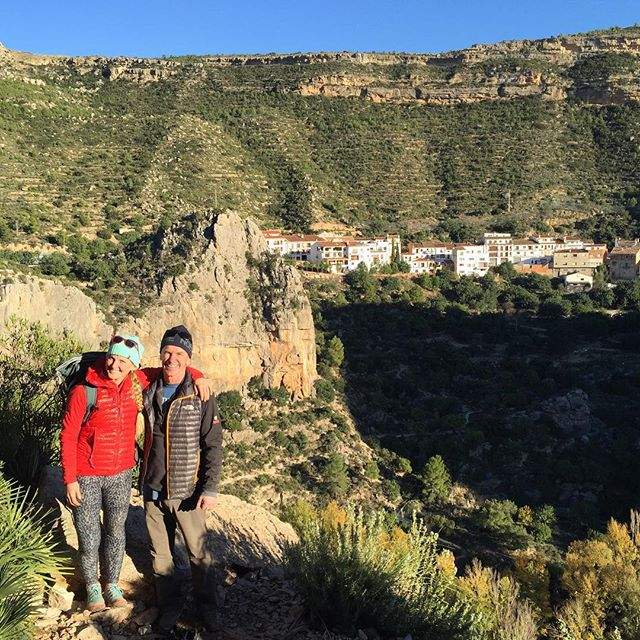 Emily and Tim in Chulilla, Spain

Their Passion For Climbing

It’s really no surprise that Emily and Tim both dove headfirst into climbing and have stuck with it throughout their lives. Tim tells us, “We’re both super passionate, really motivated, and competitive. I think that’s why we were able to jump into climbing and both really enjoy it. She took it to a whole other level and she was fortunate enough to be motivated and talented enough to make it her life. I love that about her. She sets goals and most of the time she reaches them.” Emily echoes her dad, “I’m driven and focused like he is.

I have always been hard on myself and am not able to hide my frustration very well. Sometimes I let my temper get the best of me. Those are qualities that I see in both myself and my dad, but he seems to have relaxed a bit over the years. It’s like he understands what’s important in life, what he wants, and how to achieve it. It really all boils down to him wanting to spend time with the people he loves and play as much as possible.”

The idea of play has always been central to Tim’s life. He grew up adventuring on the waters of Lake Michigan and then headed west for the mountains of Colorado in 1980. While he owns a successful contracting company, he has always found time and energy to pursue everything from surfing to climbing to kiteboarding. Over the years, Tim says, “I learned you have to play for your mental and physical health.”

Clearly, Emily caught on to her dad’s approach toward life, saying, “He channels his energy really effectively, and he never seems bummed out. He’s just stoked on life.” This energy and stoke are so clearly evident in Role Reversal, especially when Tim describes that this is going to be his “Year of Awesome”, filling it with as much adventure and play as possible. 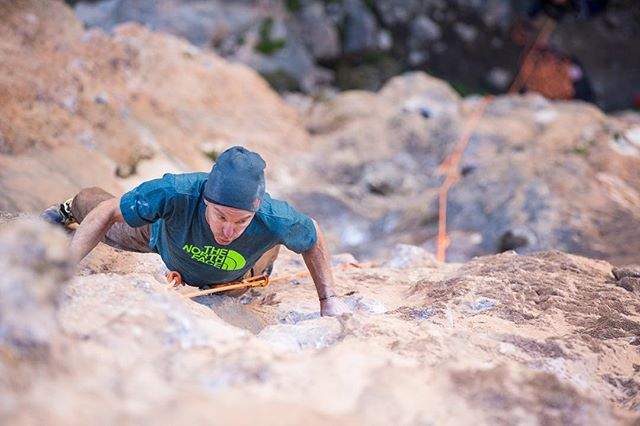 For their trip to Chulilla, Spain, Tim flew out to meet Emily and project his first 5.12. “When Emily showed me the project I was like, ‘Are you kidding me? This is hard.’” But after working the 35-meter endurance fest (spoiler alert), Tim ended up putting the route together. While his send was a major highlight of the trip for both of them, Tim says, “Just being there with her and being her belayer, helping her work through the frustrations of a project – getting back to that with her was a real highlight. The other highlight was the role reversal – her helping me do that same thing.”

Independently of her father, Emily shares a very similar story with us, “The time we spent working on our routes together was pretty rad and reminded me of the times we spent together when I was a kid. Throughout my career, my dad has been there to belay and support me in everything I did. It was always about me. This time, however, it was more about him, and that felt right. It felt like an amazing cyclical end to this wild year of objectives and goals I had set for myself. In the end, I learned more through his achievement than through any of my own.” 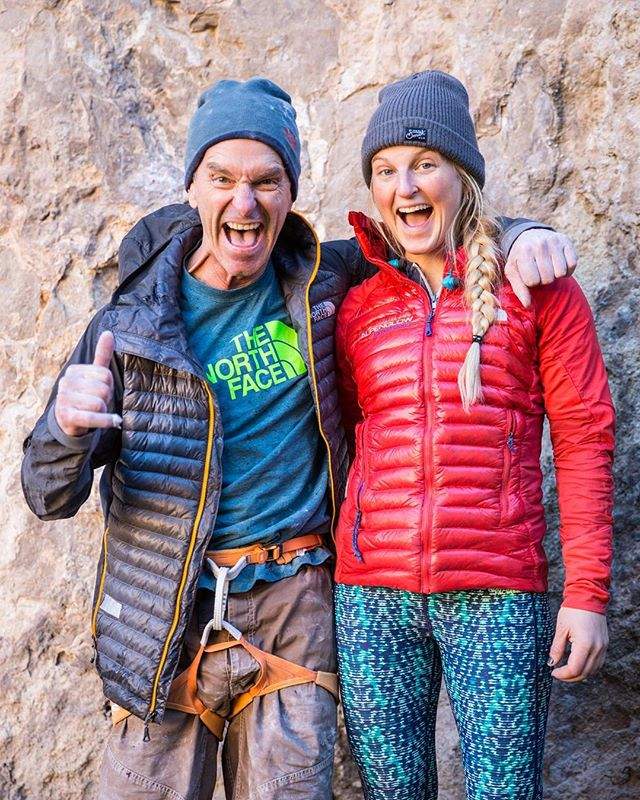 Of course, no father-daughter two-week trip would be complete without a little healthy bickering, and in Tim and Emily’s case, it all revolved around climbing. Emily shares, “The only time I got annoyed was when I would tell him he needed to rest and he would just ignore me, or he would just forget his beta and go all kamikaze style on the wall, hucking dynos and flailing around like a teenager. It was all very entertaining.”

Despite his flailing, Tim got it together for a send they could celebrate together. Emily wasn’t so lucky in the sending department, but says, “In the end, though I think I came to the realization that the experience in Spain wasn’t meant to be about me and my success. It was about my dad’s and my relationship, us spending time together, and me helping him achieve his own success.”

What’s next for Emily and Tim? Well, more of the same really. Adventuring, working hard and playing even harder. While they don’t have another projecting trip planned together, I have a sneaking suspicion they’ll be sharing stories and experiences like this one for years to come.

Huge thanks to Emily and Tim for chatting with us and to Petzl and Louder Than Eleven for producing the film.