Q&A With Ecuadorian Climber Andrea Castillo: Today’s Women on Lead post comes to us from Sarah Anne Perry, a writer, and climber currently living, climbing, and blogging from her current home base in Quito, Ecuador. Check out her blog Eat & Climb to keep up with her adventures!

Lady crusher Andrea Castillo is a climber, coach, and entrepreneur in Quito, Ecuador. She knows the Colorado-sized country’s cliffs and mountains, and as she works to get Ecuador’s women on the rock, she’s also putting its climbing on the map.

Andrea got her start in Ecuador’s national comp scene, climbing competitively for five years before trading in plastic for granite. “But I don’t like competitions,” she says. “I like to enjoy climbing — I don’t like the pressure that you have to be the best, to win.” Andrea was only able to climb outside a handful of times during her competition years, but since leaving the gym she’s ticked sport and trad routes throughout South America.

Ecuador has a lot of rock, but climbing is relatively young there — and as in most of the world, it’s a male-dominated scene. In my seven months living in this country, I’ve met just a handful of girls who climb seriously. Andrea, on the other hand, grew up here and only just began climbing with women. 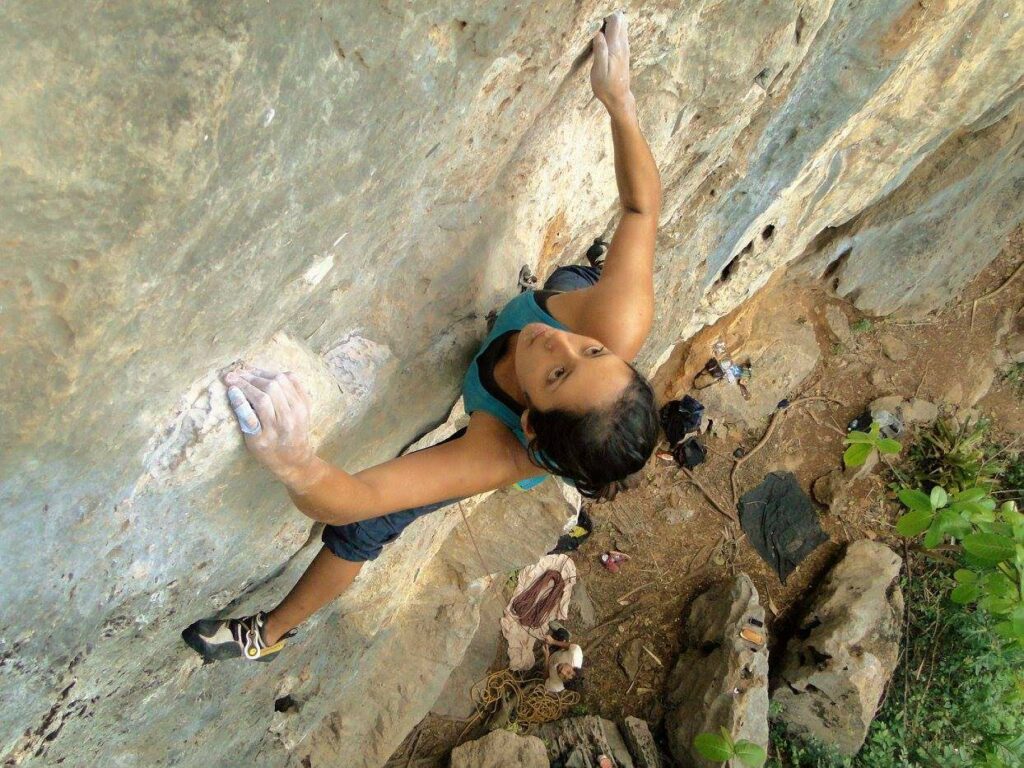 Last year, she made a trip to Patagonia. “It was the first time that I climbed with a girl,” she says. “It was very amazing because we did very hard things — I climbed the hardest things I have ever climbed… So when I returned, I said, ‘OK. I have to develop climbing for women.’”

In June, Andrea laid the foundation for Ecuador’s first women’s climbing course. She brought together 20 beginning and intermediate climbers and became their coach and inspiration. The women spent weekdays training indoors and weekends at the crag, and after three months, many of them had jumped through the grades. “For example, I have two girls who climbed the first climb in their life three months ago, and now they are climbing 6c,” Andrea says. “They’re very strong — and I’m very happy.”

As she began preparing for the course, Andrea came across some lady-specific research. “I found that there is a lot of investigation in a lot of sports [demonstrating] that menstruation is related with the sport’s development,” she says. “So right now, I am in a process of testing if that is true or not applying to climbing.” Andrea divided her climbers into groups based on their menstrual cycles and used the first training cycle to study the relationship between menstruation and women’s athletic performance. She is now processing the data to determine whether she can structure future training schedules around her climbers’ cycles. 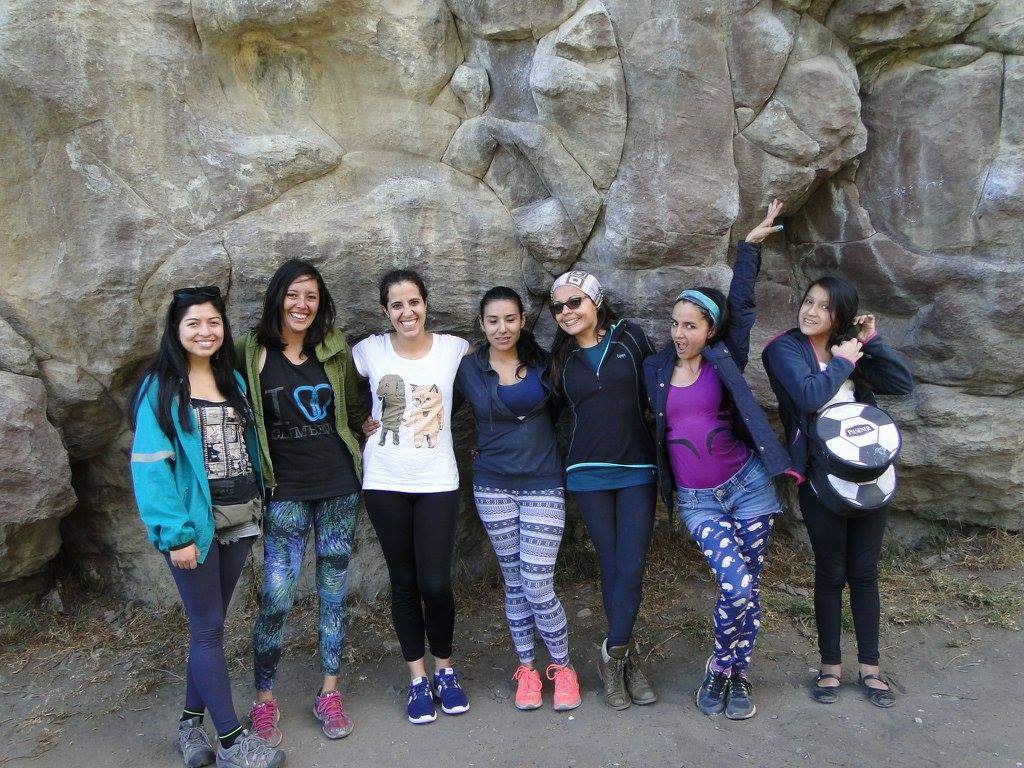 For Andrea, who institutes a “no top-rope” rule on every trip, a major motivation for getting women on the sharp end is seeing them overcome fear. “I think that it’s important to break fears,” she says. “Women are more mental, so they have a lot of fear of getting hurt or falling. So I work a lot on these problems in the mind that women have. When they break that, they can climb whatever they want.”

Earlier this year, Andrea climbed alongside Sasha Digiulian and other international rock junkies at a Cuban climbing festival. The winner of the women’s category for most routes sent in two days, she met climbers from around the world there. “A lot of Cubans asked me where I was from, and I said ‘I am Ecuadorian,’” she says. “Everyone asked me like, ‘And there is rock? I thought they were all just volcanoes. Oh.’ And I said yes, there is a lot of rock! Nobody knows the places that there are here for rock climbing. So in Cuba, I thought of this project.”

The project is the Latitud Cero Climbing Roctrip. Andrea has teamed up with another chica Fuerte, Mafer Cevallos, to create a documentary about Ecuador’s sport, bouldering, and traditional climbing.

The Andes Mountains run through the center of Ecuador, and volcanic rock abounds. The government has supported the bolting of routes throughout the sierra during the last decade, but the country isn’t quite on the climbing tourism map yet. 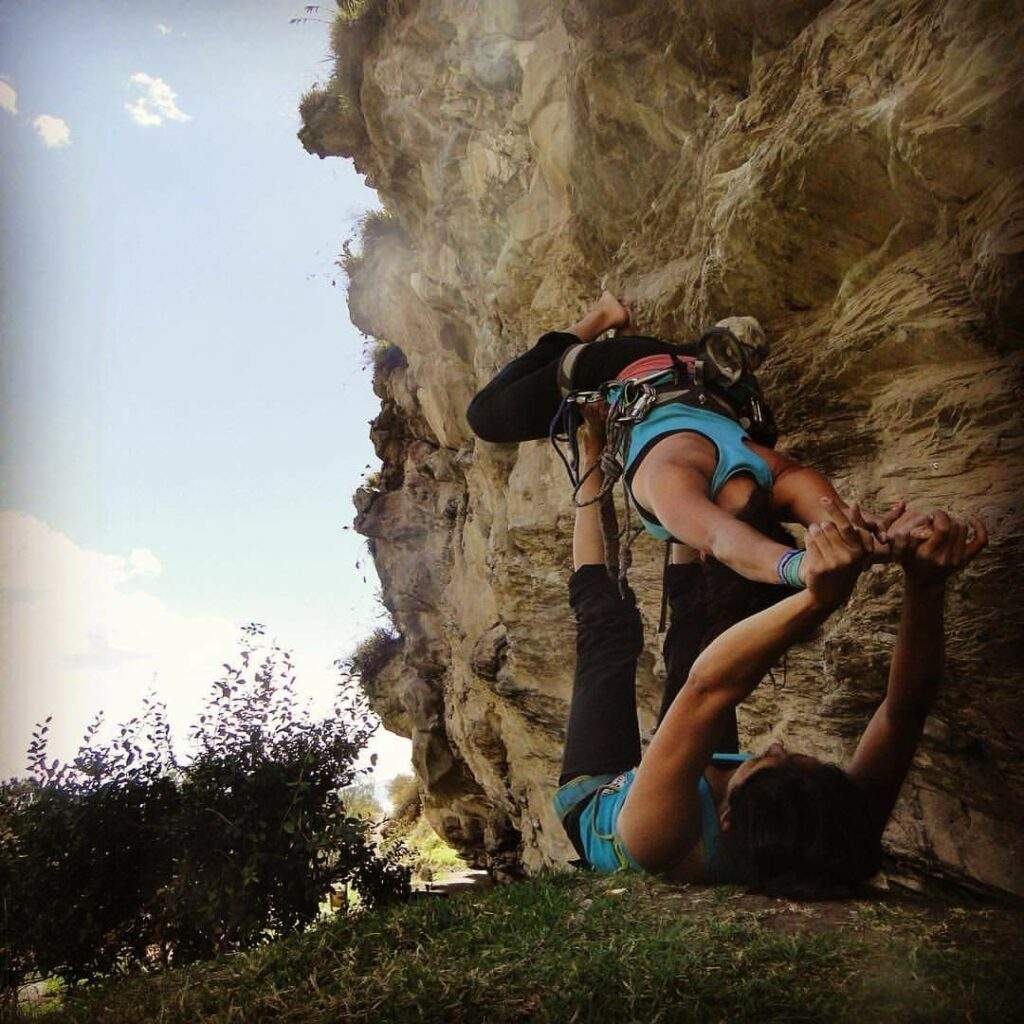 Andrea and Mafer take a break from climbing at one of Ecuador’s many crags for a little acro yoga. Photo by Catalina Rios

With the help of local and international sponsors, the two women plan to visit 16 crags in Ecuador during the month of December, completing a few first ascents along the way. Video from each crag will become one chapter of a larger documentary, which will provide viewers with all the info they need to make a climbing trip to the equator. Epic TV has agreed to showcase each chapter, and the first premiered in November at Quito’s leg of the Banff film festival.

The idea is to showcase Ecuador’s rock offerings and potential to the rest of the world. The country’s first two guidebooks were published earlier this year, and more are in the works, but hundreds of unchalked faces are waiting for love — and adventure tourism can benefit the nation as it endures economically difficult times.

The rock keeps Andrea busy. In addition to planning the Roctrip and leading training courses, she works as a climbing and mountain guide. Still, climbing remains a source of inner peace: “It’s like a problem that you have in a route, and you want to solve it,” she says. “It’s like a moment when you don’t think about anything. You just think about climbing, and I just want to climb.”