Pitch 15 On The DAWNWALL: This is what the World Cup must feel like to soccer fans. Hundreds of thousands of people around the world have been glued to a variety of media outlets from The NY Times to ABC News to Instagram, following the progress of Tommy Caldwell & Kevin Jorgeson on the #DawnWall. 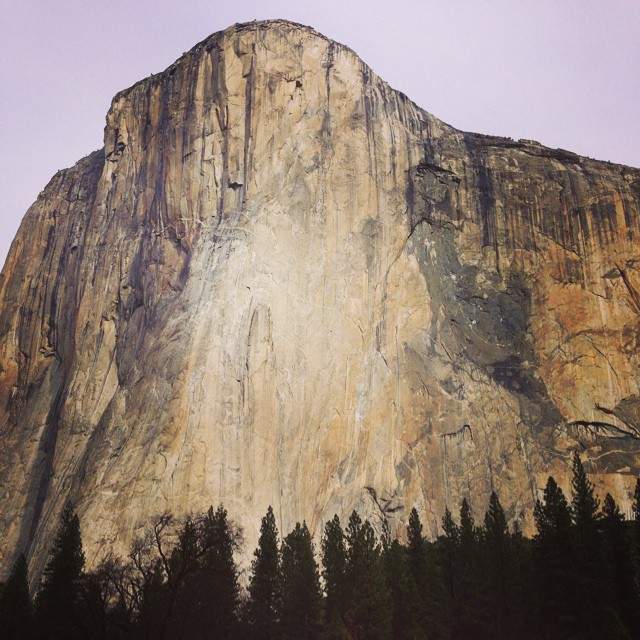 Also, learn what the 7 steps are to become a more sustainable climber. 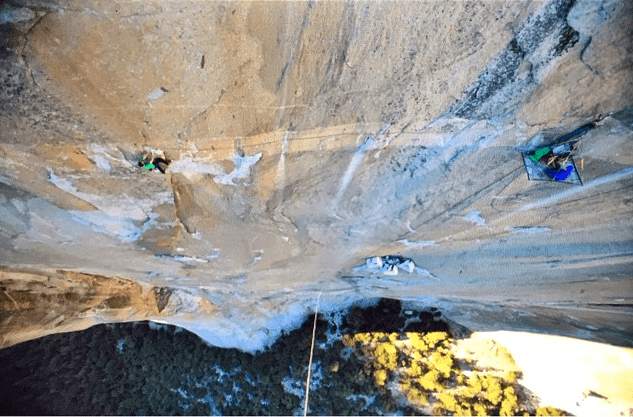 I will admit that in the past I have never quite understood the palpable excitement and camaraderie I’ve witnessed as soccer fans unite over a penalty kick; as entire nations hold their collective breaths in suspense of a game’s outcome. We don’t have this kind of “moment” in climbing. We read about events in Rock and Ice, watch the replay at Reel Rock Tour, or catch up on our favorite climbing blog (Crux Crush, of course).

However, over the last two weeks (for the first time ever) people around the world are united and waiting with bated breath to see… climbing. As climbers, you probably already know that I’m referring to Tommy and KJ’s epic battle on the Dawn Wall. So why do I feel the need to repeat what Good Morning America has already reported on? Because just this evening, KJ SENT PITCH 15!!!!! 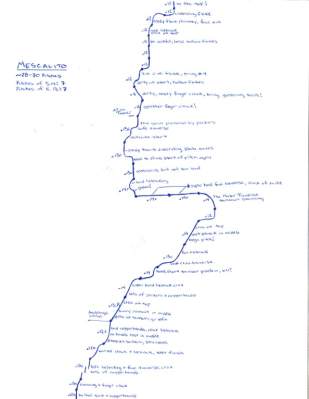 Tommy and KJ’s Topo Of The Dawn Wall

If you don’t understand my use of 5 exclamation points with that last statement, let me give you a little back-story. To start with, the Dawn Wall is the hardest big wall free climb, ever, by a long shot. For some sense of scale, consider that Tommy was able to climb The Nose, which is probably the 2nd hardest big wall out there, AND two other El Cap routes (free), all in just under 24 hours. The Dawn Wall has taken 6 years of projecting and two weeks of effort just this year to get through the meat of the hard climbing.

The business end of the route is pitched 12-16. Just getting up to “the business” is as hard or harder than The Nose. Pitch 12 is an arcing leftward traverse called “The Molar Traverse”. Previously, this was KJ’s high point due to a heart-breaking crux at the end with “underlings like lifting a car off a baby” – and only pitiful excuses for smears to stand on. The Molar Traverse is followed by three 5.14d pitches, back to back to back. Pitch 14 is the hardest of the three, and remained a project on its own until a few months ago.

To crack the pitch 14 code, last year Tommy and KJ recruited professional Beta Consultants, Christopher Sharma and Jonathan Siegrist (amongst others). Everyone knew that pitch 14 was the litmus test, and on January 1st Tommy and KJ sent. On Facebook, KJ said, “Tonight, I sent the hardest pitch of my life and the hardest on the Dawn Wall!” 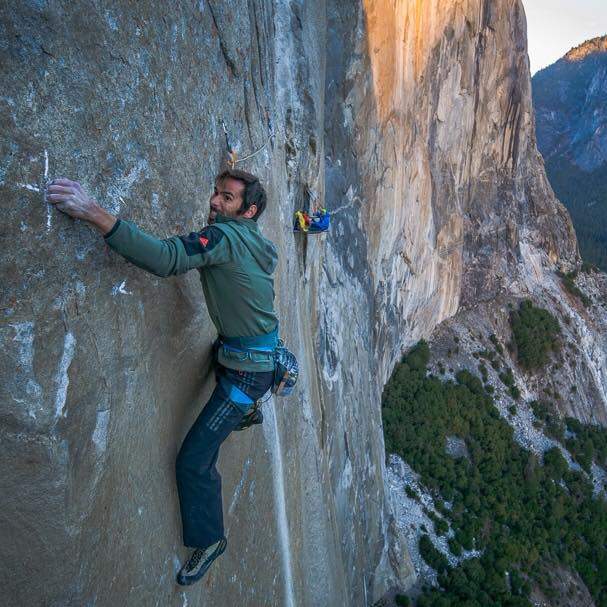 Up until that point, everything was going smoothly (so smoothly that it seemed a downgrade was inevitable). KJ and Tommy were sticking to their lofty goal of each sending all of the pitches (note: to free a big wall, typically two climbers will swap leads and as a team will free all of the pitches. Tommy and KJ raised the bar on themselves). Alex Honnold visited with chocolate and pistachios (you know, just dropping by the Dawn Wall), the national media started pouring into Yosemite, and KJ even hosted Twitter Q&A from his portaledge.

After a rest day, Tommy fought through pitch 15. KJ came heartbreakingly close, shredded his fingers, (the pitch is effectively over once he sticks this move), and ended the day with a giant pile of doubt beginning to accumulate. With their window of opportunity closing (keep in mind, it is January and they are on a big wall in Yosemite) and the world watching, Tommy forged ahead while KJ continued to alternate rest days and attempts, unwilling to give up his dream of sending pitch 15. 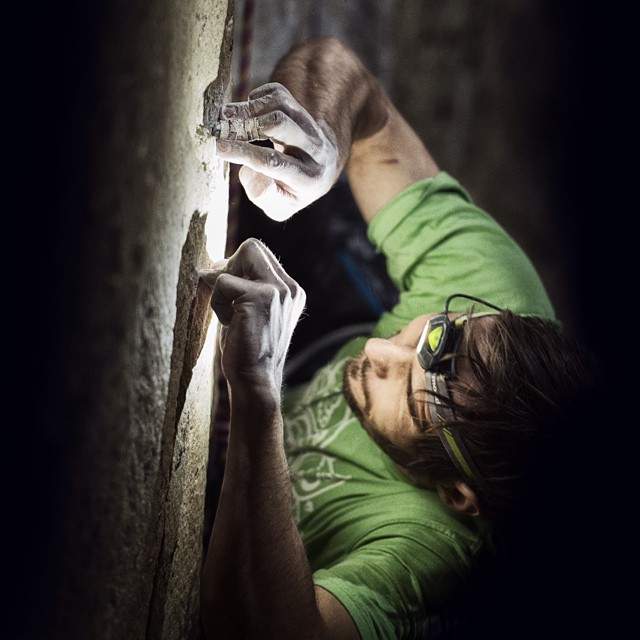 “My battle with Pitch 15 continues. After 6 years of work, my ‪#‎DawnWall‬ quest comes down to sending this pitch. Last night, I experienced a lightness and calm like never before. Despite failing, it will always be one of my most memorable climbing experiences. On my 4th attempt, around 11pm, the razor sharp holds ripped both the tape and the skin right off my fingers. As disappointing as this is, I’m learning new levels of patience, perseverance and desire. I’m not giving up. I will rest. I will try again. I will succeed.”

With determination and resilience, KJ continued to throw himself at pitch 15 while Tommy moved on climbing towards the top. As of today (January 9), Tommy has roughly a day’s worth of “easy” climbing left. I can’t even imagine the pressure that KJ faced as he tied in at the belay on pitch 15 today: there is no coming back next week, next month, next year. Once this push is over and Tommy (almost assuredly) sends, the door is closed.

KJ must have dug into something deeper than almost any other climber can understand; 5.14d crux razor crimps slicing into the skin that isn’t fully healed with a camera crew dangling nearby for the 5th day. And tonight, he sent. HALLELUJAH! THE CROWD GOES WILD! This is what winning the World Cup must feel like for a soccer fan, except that in this game, we’re all rooting for the same team! 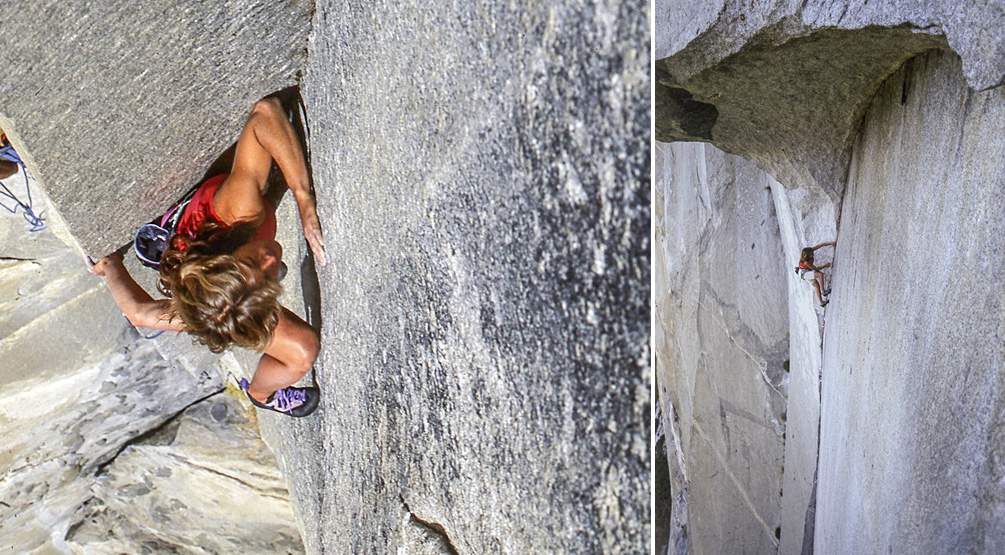 Truly, the only comparison I can find to the epic nature of the Dawn Wall is Lynn Hill’s free ascent of The Nose in 1994. While her feat was referenced in Jerry McGuire and received nationwide attention, that attention came after the fact. Although it was filmed and you can watch her climb, you know what happens before you press play.

The way in which technology has changed the game surrounding KJ and Tommy’s ascent has enabled us to be along for the entire nail-biting journey. It has made the true spirit of climbing accessible to the larger public. For the first time in climbing history, your mom might have relayed a Dawn Wall update to you via NPR before you saw it on Instagram. This is pretty cool.

HUGE congrats to Tommy Caldwell and Kevin Jorgeson. We’re rooting for you all the way to the top!