This month Reel Rock kicked off its 8th annual international film tour. The tour is a compilation of some of the year’s best climbing-related films from production companies like Big Up and Sender Films, among others. Reel Rock 8 is a collection of four films: The Sensei featuring the legendary Yuji Hirayama and Daniel Woods, Spice Girl featuring British trad climber Hazel Findlay, Stone Masters, a teaser clip from the documentary Valley Uprising, and High Tension, capturing the violent clash between Ueli Steck and the Sherpas on Everest.

Reel Rock Is All About Passion To Push The Limits

If you’re unfamiliar with the Reel Rock Tour you might brush it off as just another climbing movie; however, you would be missing out. Over the last 8 years, Reel Rock has crafted a masterful approach in capturing the sweat, passion, pain, psych, and drive behind climbers who are pushing the limit through breathtaking cinematography and a heart-pumping soundtrack. Following the 2010, ’11 and ’12 Reel Rock Films, I left ready to say, “screw work!”, hop in my car and drive straight to the crag, never looking back. Yet, this year’s film failed to build that same momentum.

Don’t forget to read out another amazing article on climber young guns. 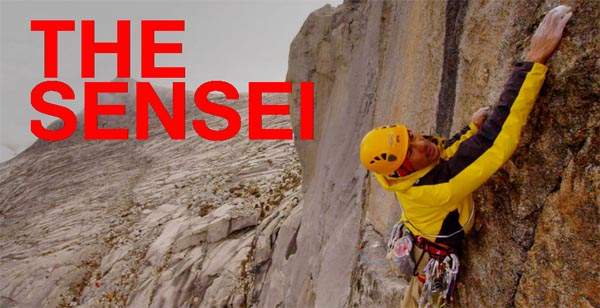 The Sensei highlighted Yuji Hirayama, a man who is a climbing hero to many, as he attempts to send his 5.14d project on Kinabalu in Borneo. Yuji teams up with Daniel (San) Woods, and the film builds around the wisdom Yuji imparts upon his young grasshopper as Woods steps outside of his own comfort zone, learning the art of patience in climbing (as well as how to run a drill not in reverse). As an aside, Woods also sends his freshly bolted 5.15a route and the Yuji’s unrepeated V15 Hydrangea.

As a viewer, I was reminded of the importance of mentorship in climbing and pushing my own definition of what type of climber I am (as well as the importance of wearing sunscreen at high altitude). However, the cinematography and ability to capture the actual climbing on the breathtaking Kinabalu was limited mainly to butt shots or shots looking down on the climber – take into account that the film crew had to operate at 13,000’ with less equipment. Nevertheless, this footage clearly didn’t benefit from the advantage of the technology prior Reel Rock films have implemented.

In the end, it is these technologically advanced shots pull you into the climb, and leave you reaching for chalk as you watch the movie. 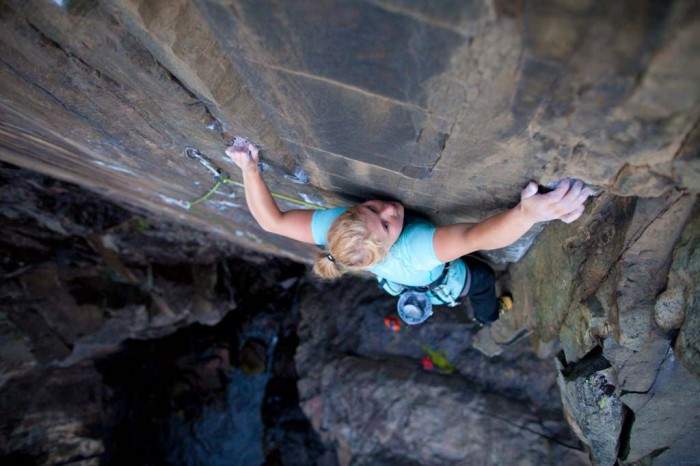 Next up was Hazel Findlay’s section, titled Spice Girl. In my humble opinion, Findlay’s section came the closest to igniting psych for pushing the limit, (although admittedly, I’m biased toward the ladies.) The footage of Hazel becoming the first female to send the dangerous and terrifyingly advanced grade of E9 had me on the edge of my seat. Camera crews did an incredible job capturing Findlay’s spice, gumption, and unbelievable calm as she faced holds crumbling in her hands and potential death falls.

As she teamed up with Emily Harrington to climb the 16 pitch Babel (5.13a), the film lost some momentum in its story-telling as it seemed a slight divergence from the theme of Hazel or other female climbers truly pushing the limit of their own climbing (especially considering the big wall achievements of the likes of Mayan Smith-Gobat and Beth Rodden). Nevertheless, I finished Spice Girl with a profound respect and admiration for Hazel Findlay, hoping to channel some her calm and “spice” into my own climbing. 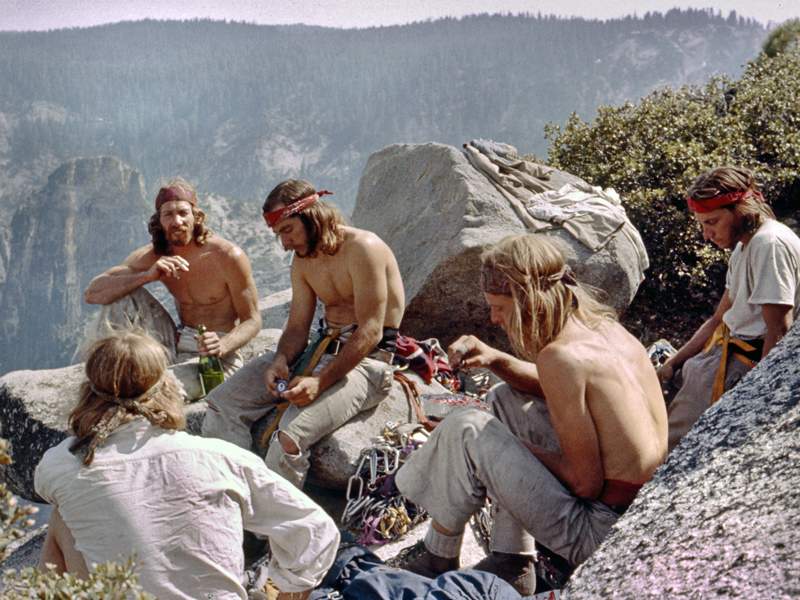 One of the 4 segments of Reel Rock 8 was a teaser for Valley Uprising, a film about the Stonemasters.

Despite starting on a promising note with The Sensei and Spice Girl, the second half of Reel Rock 8 failed to build the psych that in previous years catapulted me straight to the crag. The second half opened with a “teaser clip” for Valley Uprising, a documentary of the Stonemasters and counterculture climbing scene in Yosemite over the last 50 years. Sure, the trailer sold me – I am fascinated with the Stonemasters and the Yosemite climbing legends and will undoubtedly watch the film when it’s released.

However, to place this extended trailer as one of only 4 films in Reel Rock made me feel extremely short-changed; in previous years there have been up to 6 films. As there is limited climbing footage of the golden Stonemasters’ era, the majority of the trailer consisted of animated photographs interspersed with interviews with some of the legends themselves. Yet, just as I started to get a sense of the culture of Camp 4, the momentum was cut short by the reality that this was only a disguised trailer.

High Tension covered the violent clash between the Sherpas and Ueli Steck on Mt. Everest.

After just two films and the teaser, Reel Rock concluded with a film that did the exact opposite of building psych and passion for the sport. High Tension documented the violent controversy between the Everest Sherpas and Ueli Steck and his alpine partner, Simone Moro. Rather than having to rely only upon interviews, Reel Rock includes actual footage of the clash, including Sherpas pelting Steck and Moro with rocks.

Undeniably, it is an interesting documentary of the tensions and controversy on Mt. Everest, not only in this specific incident, but also in relation to the commercialization of Everest and the numbers of people who ascend the mountain each year. More than 500 people ascend annually, many of whom the film points out are learning to climb 5.4 at altitude at 28,000 feet, the film points out. However, the documentary seemed slanted including more voices of the companies, Moro, and Steck, than Sherpa voices. It also failed to comment on future implications for the Everest industry.

Reel Rock has earned a reputation for good vibes and encouraging viewers to push their own personal limits in climbing. Concluding the Tour with the Stonemasters teaser and then this film deflated my psych and left me upset, confused, and depressed. Like Ueli at the end of the film, I was pretty disgusted with climbing altogether (this is a testament to the power of the Everest piece; while not uplifting, it is very moving and worth watching).

Whether Reel Rock intended to or not, they’ve cultured an expectation for compiling a film tour that in itself is pushing the boundaries and psych of climbing. The Reel Rock Tour has become a highly anticipated annual event in climbing communities across the world, and I felt that this year’s film didn’t quite hit the mark: it was devoid of the punch line, creating that urgency to go climb a rock.

I wanted to leave pondering what Alex Honnold will solo next, blown away by Peter Croft at age 50 (or age 20), and feel personally invested in the Dawn Wall project. Unfortunately, I walked out angry at Sherpas, angry at Western culture, and sickened by violence and commercialism. Perhaps Reel Rock is moving in a different direction, but I’ll still cling to 2010’s Reel Rock image and sound of Ueli Steck racing up the Eiger’s North Face when I want to get psyched to go climbing (below). Hopefully next year’s Reel Rock will return to that positive intensity and passion.