Let’s talk about the next climbing destination: Cayman Brac. New England winters can be brutal. Some years we have a blizzard on Halloween and then another on April fools day. Cruel joke, Mother Nature. So how do we deal with 6+ straight months of depressing, gray, cold weather? We escape it! That’s right, we run away. This year, in the middle of March, when we had had enough of the New England winter my husband and I headed to the warm, sunny, climbing destination of Cayman Brac. 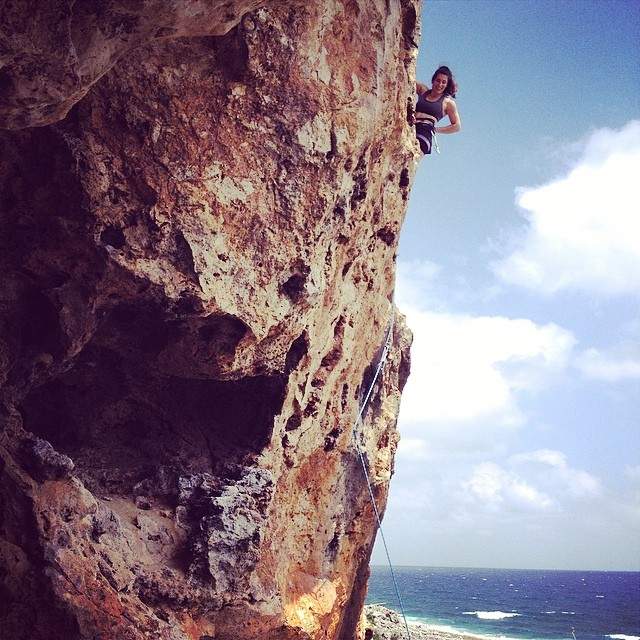 It turned out to be exactly what we were looking for: a low-key, tropical island, full of wildlife and world-class climbing. So if you’re looking to escape the cold or just go on a new climbing adventure here are my suggestions for traveling to the Brac: 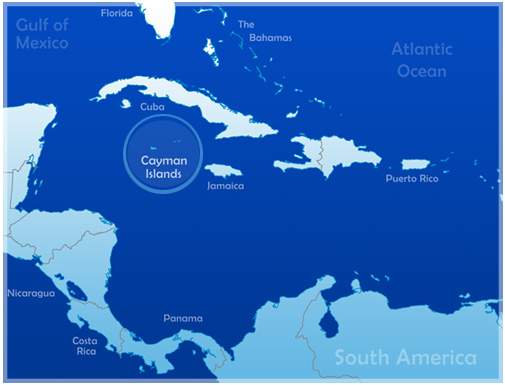 One of the three Cayman Islands, Cayman Brac is located 90 miles northeast of the more popular and touristy Grand Cayman. This British Territory is located in the Caribbean Sea and measures just 12 miles long and 1.2 miles wide. In addition to climbing the island is known for its sleepy, laid-back vibe, tropical diving waters, and natural caves.

Find the best guide to boost your climbing performance, here!

How To Get There: First you’ll need to get to Grand Cayman. For us that meant two flights, but depending on where you’re coming from it’s possible to get a direct flight to Grand Cayman. Then you’ll take a short flight on a small plane to Cayman Brac. From Boston, this meant a full day of travel which is never fun, but it was well worth it once we arrived. 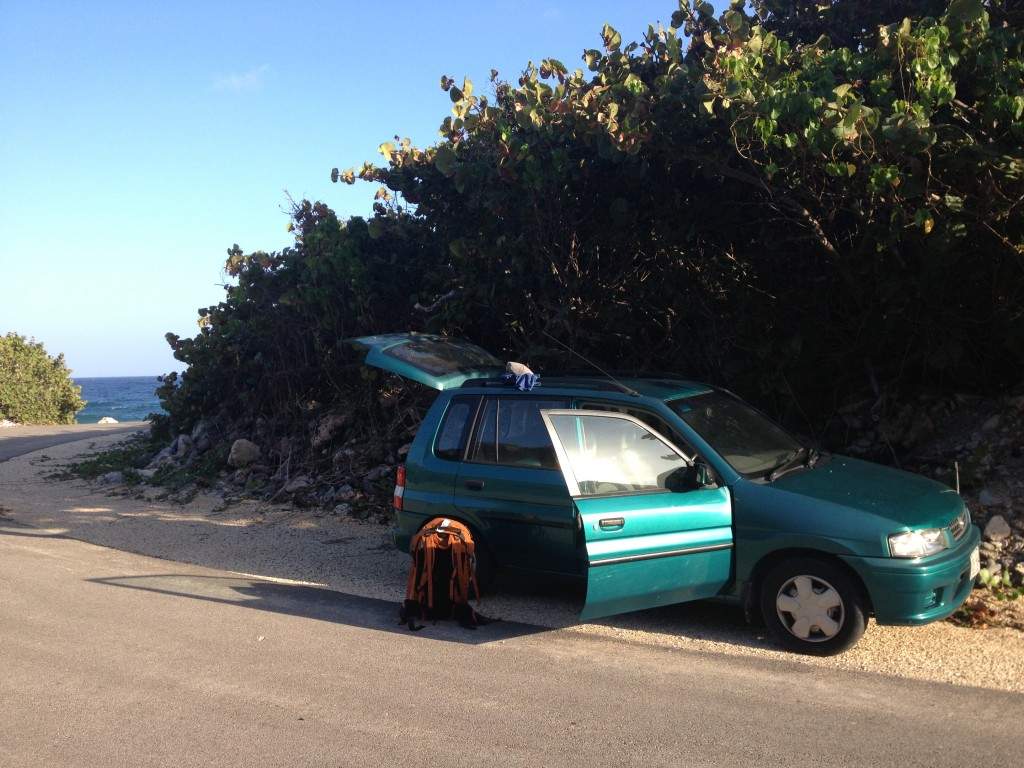 How To Get Around

Even though the island is tiny, renting a car is pretty necessary. If you’re hardcore and a light packer it’s possible that you could get around on a bike, but a car is really the most convenient. We rented from B&S Motor Ventures for $36 per day and were really happy with our experience. We booked online and were met at the airport by a representative who had our car waiting for us. At the end of our trip, we just left it in the airport parking lot with the key inside. 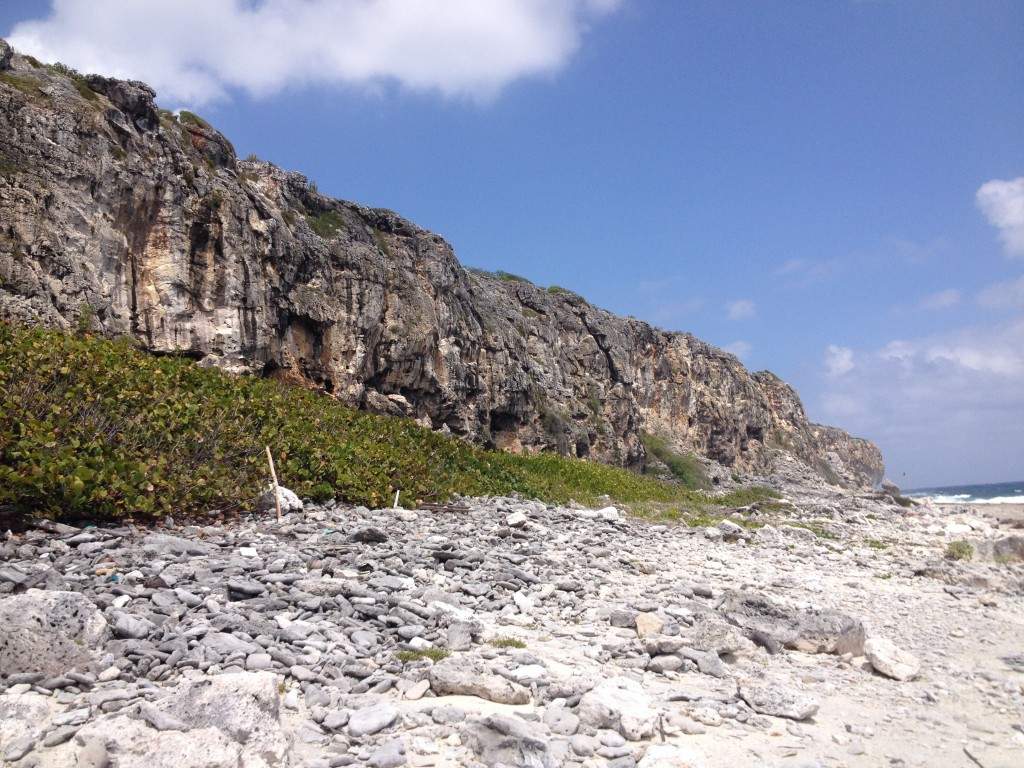 Ok, let’s start with “The Bluff”. Spanning almost the entire length of the island there’s a limestone outcrop that at its peak reaches 43 meters above sea level. Think of it this way, as you drive down either side of the island you have the ocean on one side of you and miles of a limestone cliff on the other side. The island boasts about 80 bolted routes from 5.6 to 5.13, with endless room for the development of new routes. There are 7 distinct climbing areas all of which are well described on the website climbcaymanbrac.com.

The site is run by John, a Colorado climber who has a house on Cayman Brac and has bolted many of the routes. He can tell you almost anything you’d want to know about the island and climbing there, so definitely get in touch with him if you’re planning to make the trip. Also, print the guide from his site. Here’s a quick rundown on a few of the climbing areas: 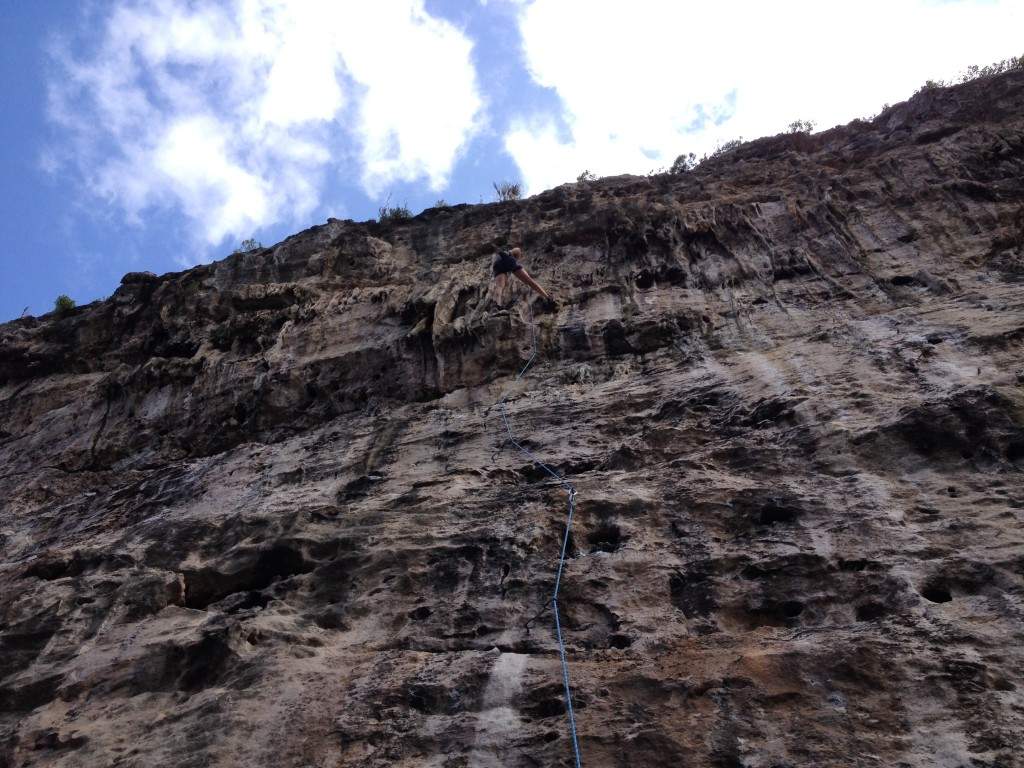 This sector, which is named after the family whose property it’s located on, is home to a beautiful overhanging wall full of pockets and tufas. Try out Dixon’s Delight (5.11b) and other long classic lines ranging from 5.10c to 5.12b. It’s customary to say hi to the Dixons and ask permission to climb; don’t be shy, they’re very friendly and love climbers. 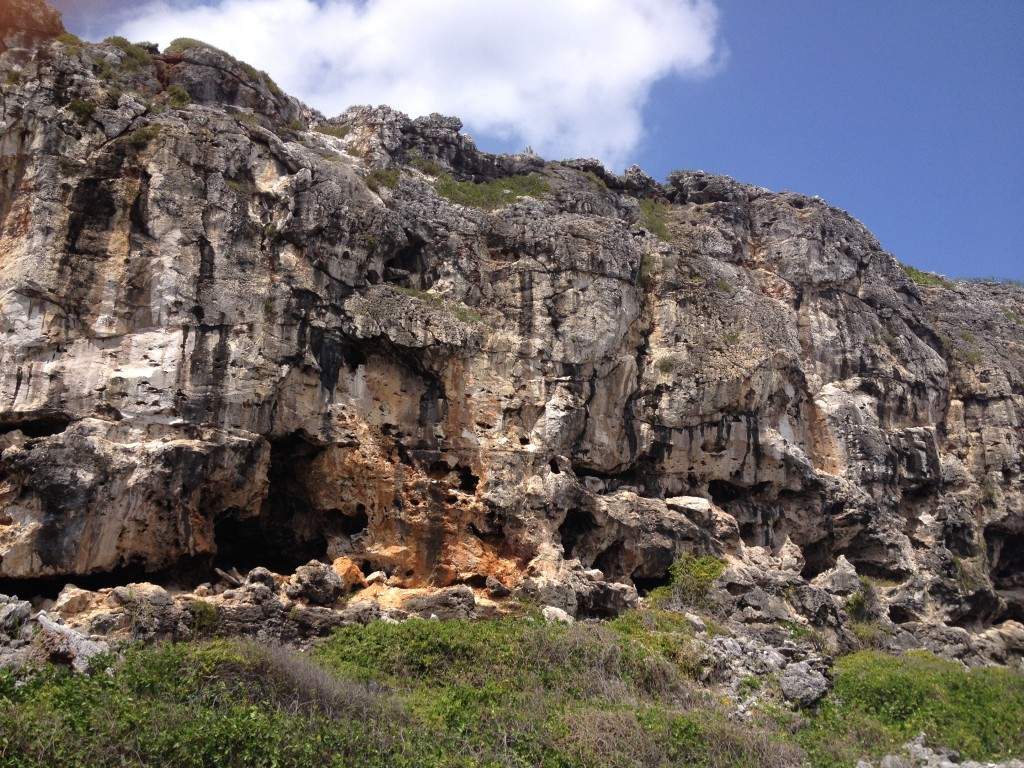 Here you can find some more moderate climbing from 5.7 to 5.11a. Easier climbs are located to either side of the cave and more challenging grades begin inside the cave and have you climbing out and up. This area is full of 3-dimensional, athletic climbing.

Beautiful, clean, white rock. This wall is home to some of the island’s more difficult climbing ranging from 5.12a to 5.13b.

There are several other climbing areas including adventure climbing at the Northeast Point, where you have to rappel in over the ocean and climb your way out from a hanging belay. Be sure to check out all the routes on Cayman Brac here. Also, beware that you will see some old corroded stainless steel bolts. Obviously stay off these bolts and only climb on the new titanium bolts. For more on this safety issue check out this page. 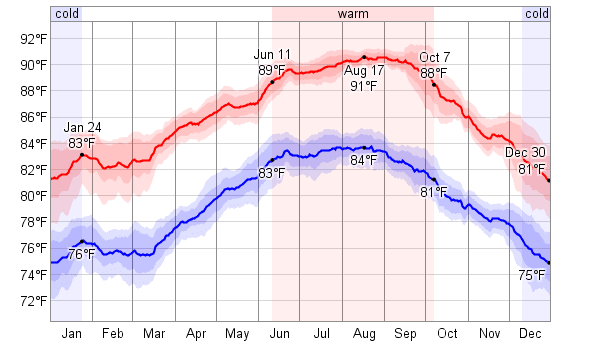 Average high and low temps throughout the year in Cayman Brac (weatherspark.com)

If you’re the type of climber who needs it to be just the right temperature and humidity to climb then this is NOT the island for you. It’s in the Caribbean. It’s tropical. It’s HOT. Your best bet for cooler weather is during the winter months, but even then it’s still warm, and you’ll definitely be seeking shade. If you don’t mind getting sweaty and giving up a little of your climbing “performance” to the heat, then you’ll love it here.

We rented a lovely little house on the beach, which is common on the island. John also rents out his house, “Bluff View”, which is right near some amazing climbing. There are also a few resorts on the island if that’s more your style.

Because the island is so small food options are pretty limited. We ended up cooking our own breakfasts, packing lunches for the crag, and trying out different restaurants for dinner. Our favorites were the Tipsy Turtle, which is located at one of the resorts, and Star Island, a local joint with great conch fritters. If you see someone selling food or jerk chicken on the side of the road stop immediately and buy some! 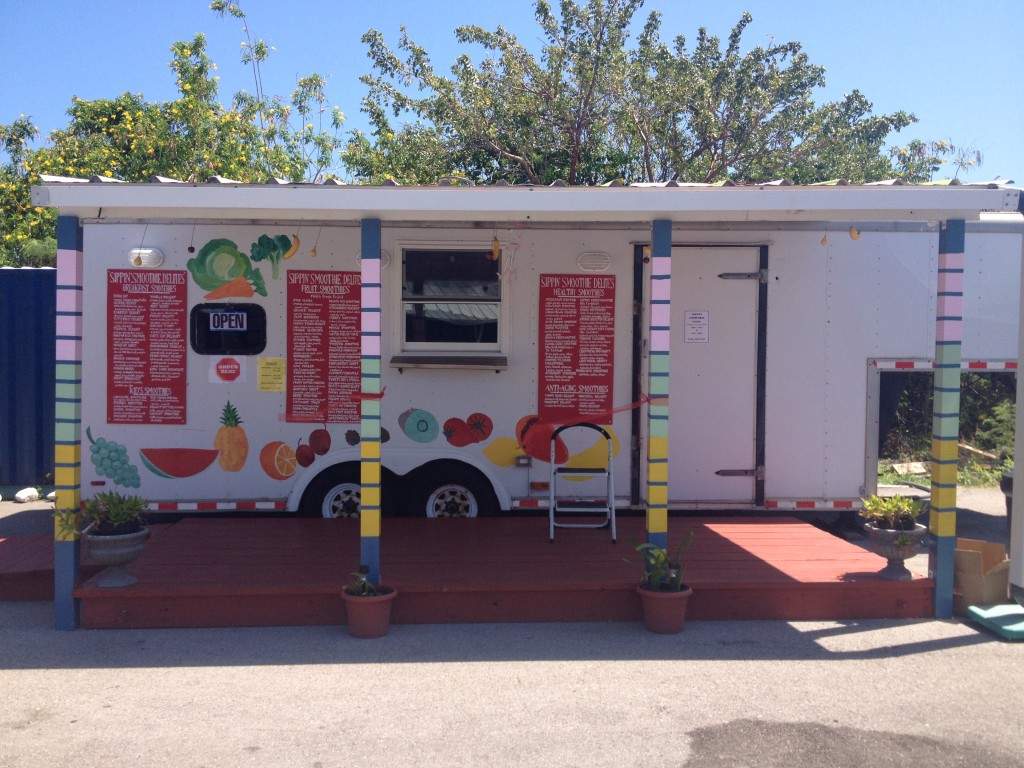 Sippin’ Smoothie Delites has more smoothie options than you could imagine

This roadside food was some of the best we had while on island. One of our absolute favorite places was Sippin Smoothie Delites, a smoothie truck offering more options than a thirsty climber could dream of. It was AMAZING. Lastly, I should warn you that groceries are super expensive because everything is imported. I bought a $7 bag of Tostitos because I was determined to make salsa. So be careful and aware of prices when shopping for groceries.

One of our mistakes was waiting until halfway through the trip to rent snorkeling gear. Rent it immediately! The island is surrounded by coral reefs so in most places you can’t just wade into the water, but there are lots of slips (cutouts in the coastline) around the island to jump in and snorkel. The sea life is unbelievable. Little Mermaid style. 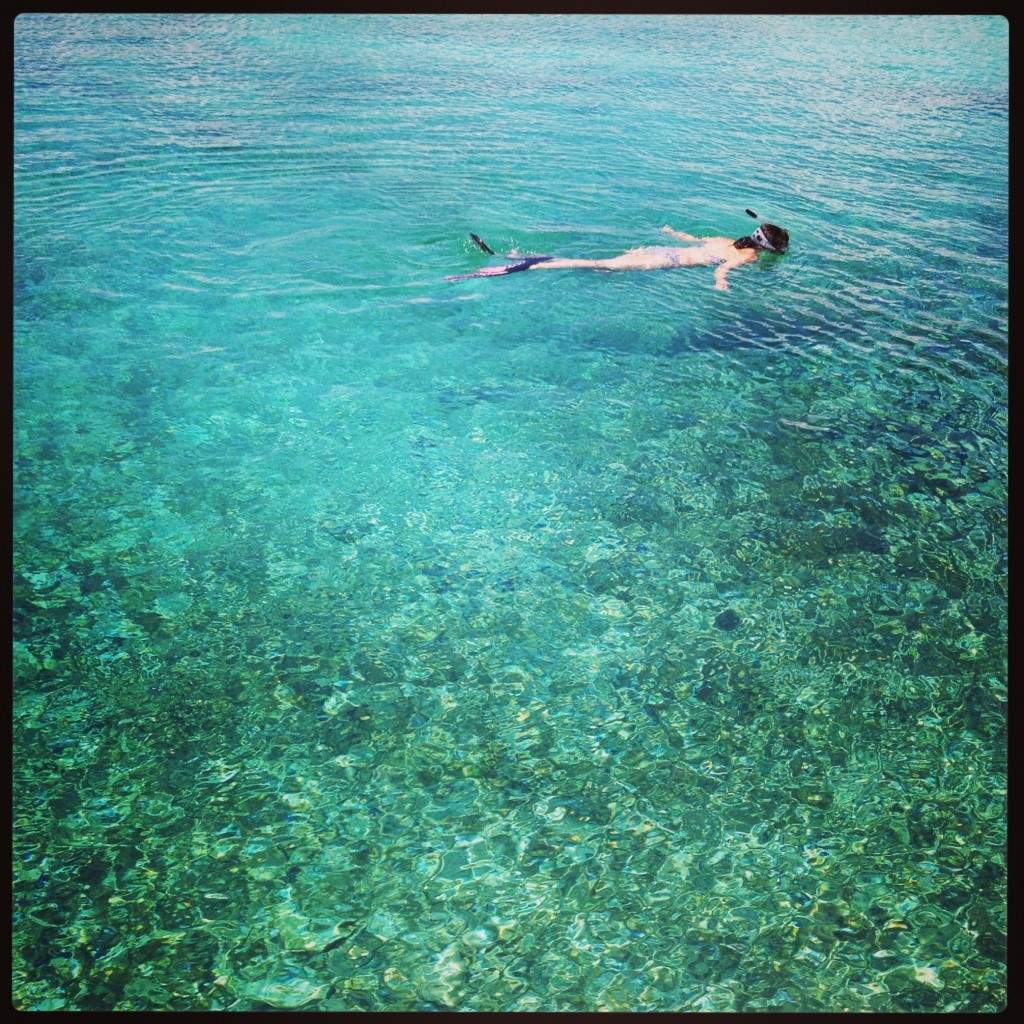 We saw octopi, schools of fish, barracuda, turtles, stingrays, and countless coral and plants. I had never seen anything like it and was immediately hooked. After snorkeling, you can explore the many caves around the island and the Parrot Preserve located on top of The Bluff. When you’re done with all of that teach yourself how to make piña coladas and relax on the beach.

I hope that inspires you to check out Cayman Brac or whatever climbing destination you’ve been daydreaming about. I’ll leave you with one last gem from our trip – a local took our photo and here’s how it turned out: 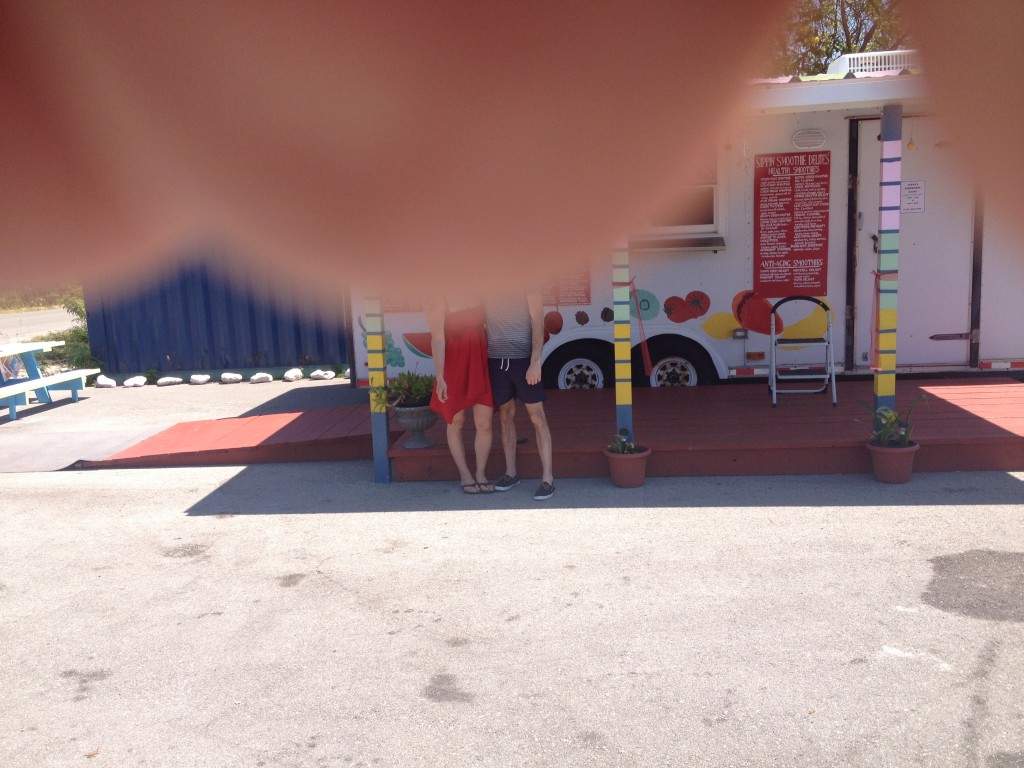