On September 10th at MetroRock in Boston, the HERA Ovarian Cancer Foundation will be hosting their Climb4Life event with athlete Whitney Boland. I had the immense pleasure of getting to know her and her work with HERA, an organization dedicated to raising awareness and money for ovarian cancer research. 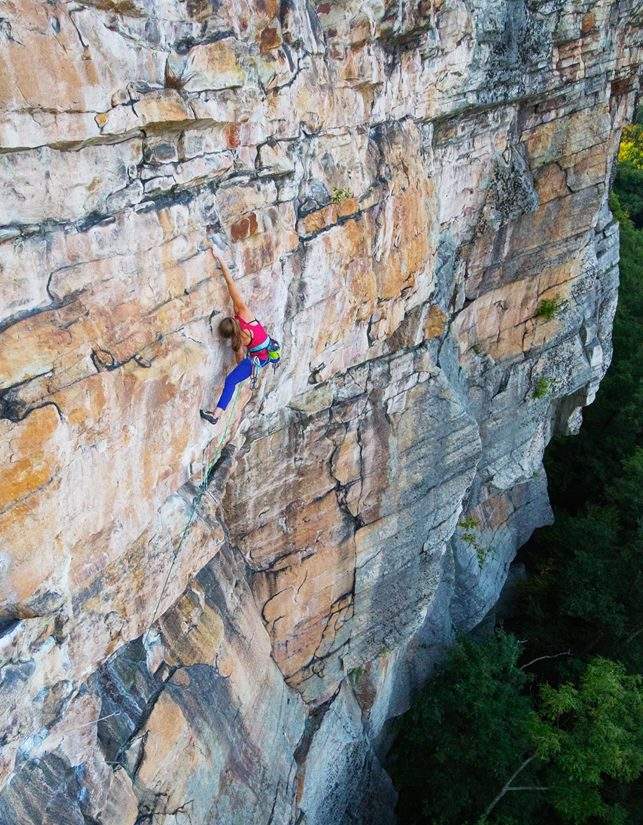 Whitney on Requiem of a Heavyweight. Photo credit Christian Fracchia.

Though I hadn’t heard of her before, when I mentioned her name to a couple climber friends I was told by everyone that she’s a total badass. At just over five feet tall she’s known for her bold and powerful climbing style. But not only is she a fearless climber, she’s a contributing editor to Rock and Ice and long-time board member for HERA. Whitney is the real deal.

We did an amazing interview with climber dads, don’t forget to check it!

CXC: How did you get started rock climbing?

WB: I started climbing while in college in Ohio. I was a freshman and my brother (who went to the same school) worked at the climbing gym. He suggested I come in and climb because as a former gymnast he thought I might like it. He was right, and that first day I climbed so much that I could barely twist the door knob when I left! Now, I sport climb, trad climb and boulder (sometimes). I’m not really that into ice climbing, but who knows if that might shift one day. I don’t want to say never!

CXC: How did you transition your love of climbing into writing?

WB: They kind of developed at the same time. I graduated with a creative writing degree and started trying to work with climbing magazines because I liked both climbing and writing. I eventually interned for Rock and Ice and later started writing more regularly for them. It was a long process to develop enough contacts and clients to just write for a living (I worked for a lot of restaurants and catering companies to make it all work!). Now I write more marketing material than anything else, but I eventually found a way that I could balance, at least for the time being, both.

CXC: Where is your favorite crag?

WB: Favorite crag can many times be the place that I’m climbing. But I have a special place in my heart for the Red River Gorge where I started climbing and where some of my best friends live. But I also really love Margalef in Spain! 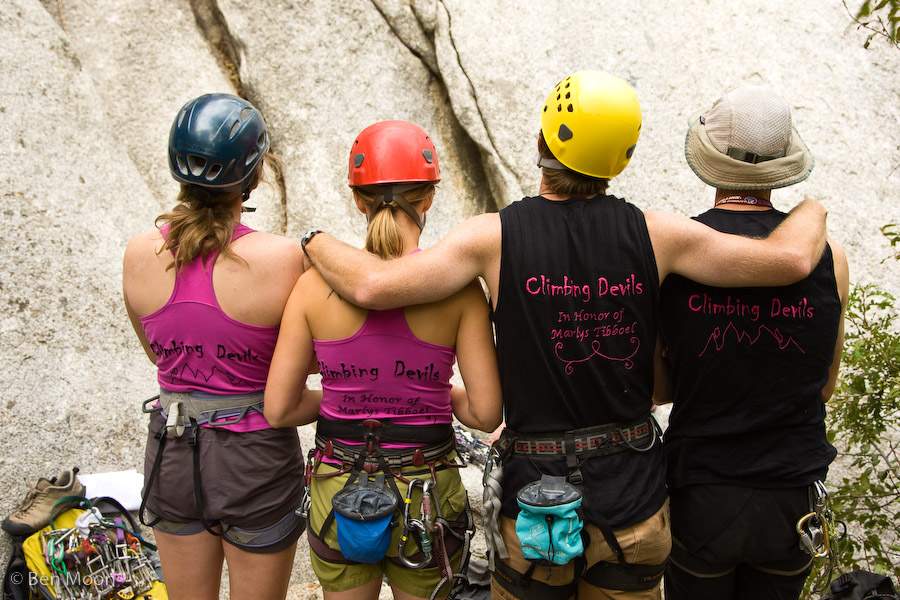 CXC: What motivates you to keep climbing as long as you have and keep pushing your own personal limits?

WB: I just love climbing. I think to keep your motivation high and keep climbing sustainably you have to be open to shifting your perspective at times. At first, I wanted to climb as hard as I could all the time. That is obviously not sustainable for a long time, so when I was diagnosed with an autoimmune arthritis I took it as an opportunity to change the way I looked at climbing.

For me, I want it to be a lifetime thing. So I tried to find all the other things about climbing that I love that aren’t just performing well: being outside, traveling to beautiful locations, meeting tons of new interesting people and, perhaps best of all, celebrating the incredibly unique and open-armed community that climbing creates.

CXC: What do you say to yourself to psych up before a tough route?

WB: I usually try to tell myself to try hard and care less. I tend to overanalyze and overthink things. When the outcome or the “send” is in my mind too much I always mess up. And what I’ve learned over the years is that my effort is really the only thing I can control and change. It makes climbing way more fun when I forget the outcome. Everyone likes to send, but it’s important to be able to find great satisfaction in saying, “I tried really freaking hard!” 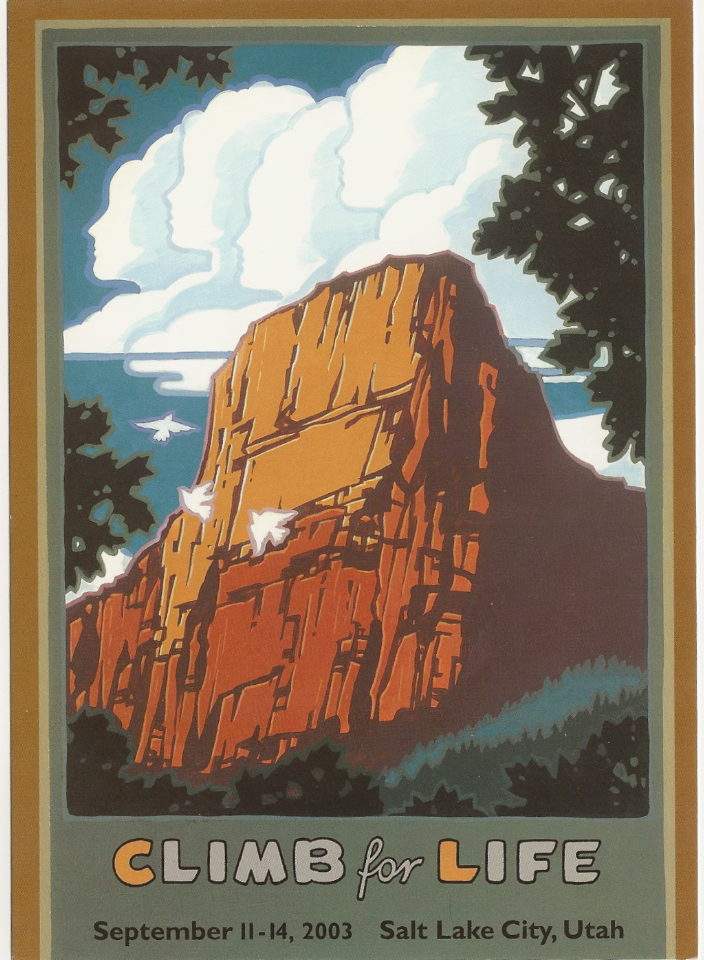 CXC: How did you get involved with HERA and what does HERA mean to you?

WB: I got involved with HERA in 2006(ish) when I moved to Colorado. I was looking for a job and started working with the founder, Sean Patrick, as a personal assistant. She was a real gem, and her charisma and stoke was contagious. Her whole idea of drawing parallels between climbing (and the skills you gain climbing) and gaining empowerment to taking control of her own health resonated deeply with me. Sean passed away in 2009 but what she created lives on through HERA.

To me, it has always been about strength as beauty and fostering that strength. Climbing helps develops skills like stepping out of your comfort zone and overcoming fear, which can then be essential in other parts of your life, whether it’s getting a second opinion from a doctor, facing a new diagnosis, or simply trying something new.

CXC: Why do you think it’s important for the climbing community is involved in organizations like HERA?

WB: Climbing for me has always had a strong element of community. And getting involved with organizations like HERA is part of supporting that community and introducing new people and new communities to it. It becomes not just about raising money and awareness for ovarian cancer, which is of course very important, but also about supporting and celebrating the strong women in our lives and bringing people together, which fosters lots of growth and inspiration.

CXC: Do you have a favorite story from a HERA event?

WB: One of the first events I went to I met Samantha Lockwood, who eventually served as a president to HERA. She told the story of her ovarian cancer diagnosis and how, when she started chemo, she got a dragon tattooed on her head so that when her hair grew back she “buried the dragon”. I thought that was one of the coolest stories. Such a middle finger to ovarian cancer! And this is just one of many, many awesome stories I have heard from women at these events.

CXC: How has being involved with HERA changed your perception of yourself or the climbing community?

WB: Being involved with HERA is quite amazing for many reasons, but one of the biggest is seeing how so many different people from different backgrounds–those diagnosed with ovarian cancer or those who know someone who is, climbers, or hikers, men and women–come together to raise money and awareness but perhaps more importantly support and celebrate women in their lives. It really makes you start to see how people tend to gravitate together and become stronger as a whole.

Thanks to Whitney Boland for sharing her words of wisdom with us. Learn more about HERA, find an upcoming event in your city or even learn how you can host your own on the HERA website.